After the blockbuster hit film ‘Theeran Adhigaaram Ondru’, actor Karthi has joined hands again with actress Rakul Preet Singh for ‘Dev’, which is a completely different genre movie from their previous project. The latest film is written and directed by debutante director Rajath Ravishankar. It is also released in Telugu and includes an ensemble cast like Ramya Krishnan, Amrutha Srinivasan, RJ Vignesh, and Prakash Raj in the pivotal roles. 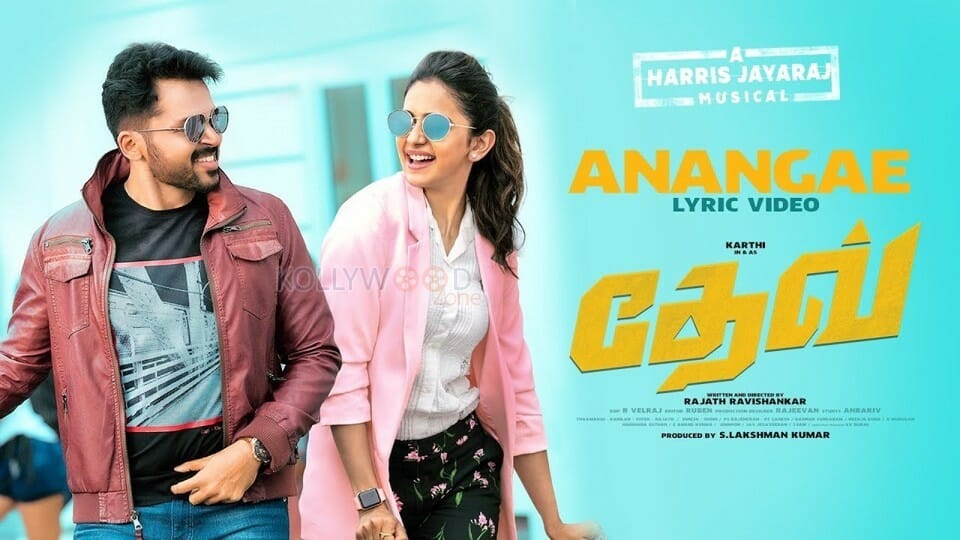 The story is about Dev (Karthi), a young man from a rich family, who is a thrill seeker. In fact, he thrives with just adventure. He doesn’t think about things that a normal 28-year-old might worry about. Like basic thinks like career. But, he can afford this lifestyle as he is the son of a wealthy man Ramalingam (Prakash Raj). He meets Megha (Rakul Preet Singh), a self-centered and independent businesswoman, who doesn’t believe in men. But, eventually they fall in love. But, the issue arises in their relationship and what happens to their love story is what the film is all about.

Therefore ‘Dev’ is an adventure flick? Not exactly. There is an Everest-climbing scene and a couple of trips, though. Is it a romantic flick? Not really. Even though the movie revolves around the love story of Dev and Meghna, who he falls in love with after seeing her photo on Facebook. A relationship movie? No, despite there being a family. Is it an action movie? Nope, even though the trailer showed some action sequences.

If you want to describe the movie, you could call it a misadventure. That is what the film is, from the start to the end. It is a movie where nothing significant happens even if the sequences give you a feeling of something happening every time. Though there are a handful of characters in the flick, they don’t have any purpose. It treats veteran actors like Prakash Raj and Ramya Krishnan as props.

The film has a total of five songs (composed by Harris Jayaraj), but none of them registers. It is a flick with panoramic backdrops, but not a single shot is visually appealing. The characters in the movie wear trendy dresses and good makeup, but they don’t have any personality. It has a lot of dialogues, but not a single one is memorable.

‘Dev’ is a feel good movie, but it resorts to killing small girls just for the sake of drama. Though Rakul Preet Singh is the heroine, there is no much scope for her. It is a Karthi starrer, but VJ Vignesh has more screen time than him.

On the whole, ‘Dev’ is a decent film with a few good moments, but could have been better with some good twists.