It is hard to find a fan of cinema who is not aware of the term Tamil Rockerz. There are numerous stories including the presence of an international syndicate behind the website. If you had ever wondered, why is there not a movie made on this already? You do not have to, anymore. As director Arivazhagan Venkatachalam makes a series out of it. Actor Arun Vijay who was last seen in the action-drama Yaani is back with his thriller web series titled Tamil Rockers. Actress Vani Bhojan has played the female lead role. Writer Manoj Kumar Kalaivanan has penned the series. So, how has the thriller series Tamil Rockerz come out? Is it solid enough to extend the winning momentum of actor Arun Vijay, and successfully appeal to the audience to give up watching piracy content? To know that let us get into the series review. 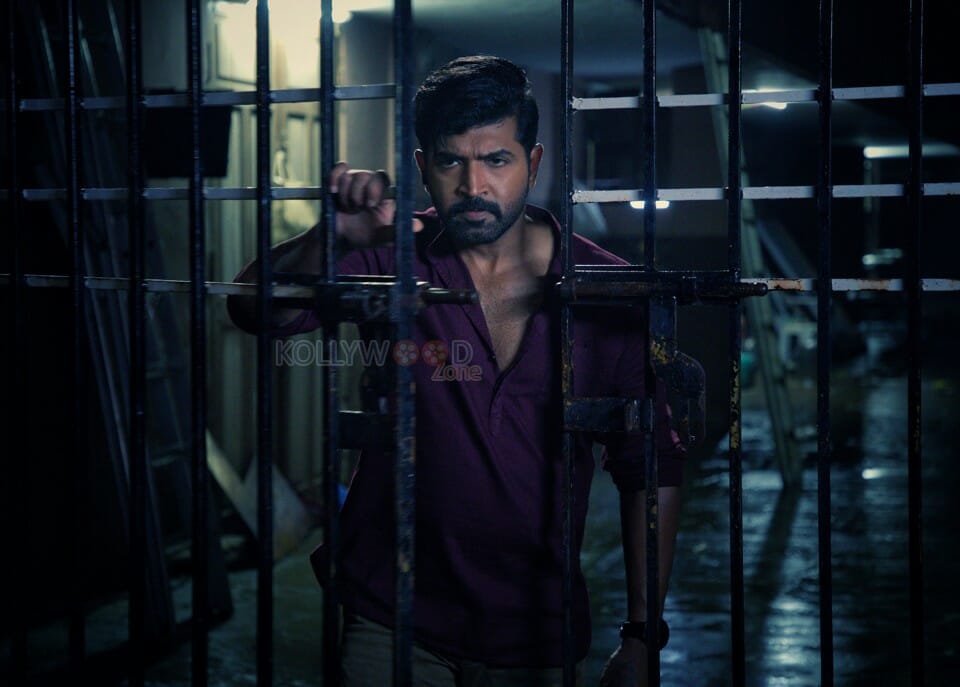 Tamil Rockerz opens to the screening of a 4 am first day first show of a leading star. Unfortunately, the film gets leaked on the online piracy website Tamil Rockerz just minutes into the show. Upon knowing the news, the producer of the film commits suicide. The incident creates a wave of shock in the producers’ circle. The situation now jeopardizes another superstars’ 300 crores budget film Garuda, which is slated to hit the theaters in 10 days. The pressure mounts when Tamil Rockerz publicize that they will leak the flick a day before its scheduled release day.

Shocked and enraged by the announcement, producers’ council and influential people in the industry begin to put pressure on the government. Sensing the urgency, DIG Sandeep Menon hand picks ACP Rudra (Arun Vijay) to win the race against time. ACP Rudra takes the assistance of cyber forensic expert Sandhya (Vani Bhojan), inspector Nelson (Vinod Sagar), SI Bhanu (Vinodhini Vaidyanathan), and gets down to business. Will ACP Rudra investigate and incarcerate the culprits in time, and save Garuda from leaking online, is what makes the rest of the series.

Tamil Rockerz was regarded as a nemesis of Tamil cinema a decade ago. Ten years on, both have learned to coexist together. The anonymity of the people operating the website is still a mystery. And that mystery has paved the way for several conspiracy theories. Director Arivazhagan Venkatachalam jumps on the wagon, and tries to cash in on this intriguing issue. He takes creative liberties, and spins a fictionalized treatment around the real-life story. He shapes a menacing cop character (that actor Vishal was pleading for with the government at the time) who has got to deal with his own emotional limitations due to the death of his wife. He writes a backstory for the character for us audience to better connect with it. But on the contrary, these portions not only do not get us close to the character, but end up beginning a drag.

Director Arivazhagan Venkatachalam is predisposed to cast the people behind the website as the cruelest. And hence comes terrorism and human trafficking into the picture. On top of it, in order to milk our emotions and give us the picture of how piracy affects the industry, he pens a bunch of scenarios of how piracy impacts a production driver, we have a producer who has endured a massive loss because of piracy, and a domineering father who keeps his son on his toes to turn him into a superstar. Sadly, none of these events move us. Rather we are overwhelmed by the contrived nature of them.

Director Arivazhagan Venkatachalam’s attempt to enlighten people about the implications of piracy in cinema is botched by his lazy writing. The screenplay is loose and wanders to irrelevant places, and before we could know there is human trafficking, arsenal, and a whole crime syndicate. The exploration on piracy fades into the background. Predictability nails the final nail to the coffin. As an audience we could sense the proceedings from a mile away. And more often than not, our premonitions are right. This makes it difficult for us to stay invested in the series till the end. To the degree that we need to make an effort to continue to stream subsequent episodes. As though these impairments are not enough, the technical facet brings its defects to the fore. It appears the visual medium is not adjusted to the OTT platform. The lip sync is dreadful to digest.

Actor Arun Vijay’s muscular physique fits him to perfection into his part as a cop. He pulls off his role effortlessly. Despite appearing for a substantial portion of the series, actress Vani Bhojan’s character does not have any bearing or whatsoever on the proceedings. Nonetheless, the actress does her part well. Actress Iswarya Menon lives up to her part. Actress Vinodhini Vaidyanathan has done justice to her part. Actor Marimuthu is effective as usual. Actor Vinod Sagar serves the purpose for why he was roped in. Actor Azhagam Perumal is functional. The rest of the cast has delivered what was asked of them.

On the technical front, music director Sam C S’s theme track is zestful. Even his background score is thumping and lifts the mass moments. Cinematographer Rajesh Manjunath has covered the entertainer from all the best angles. His work stands out especially in the action sequences. Editor V J Sabu Joseph compliments the work of his colleague with his fine scissor cuts.

Master Mahendran On Board For Arya’s Kather Basha Endra Muthuramalingam!