After a complete feel good drama Pannaiyarum Padminiyum and action entertainer Sethupathi director A. U. Arun Kumar teamed up with Vijay Sethupathi for the third time for Sindhubaadh. The romantic action entertainer happens to be the most mass attempt out of Arun Kumar’s filmography with a lot of evident commercial compromises. However, Sindhubaadh is not a complete downer either. 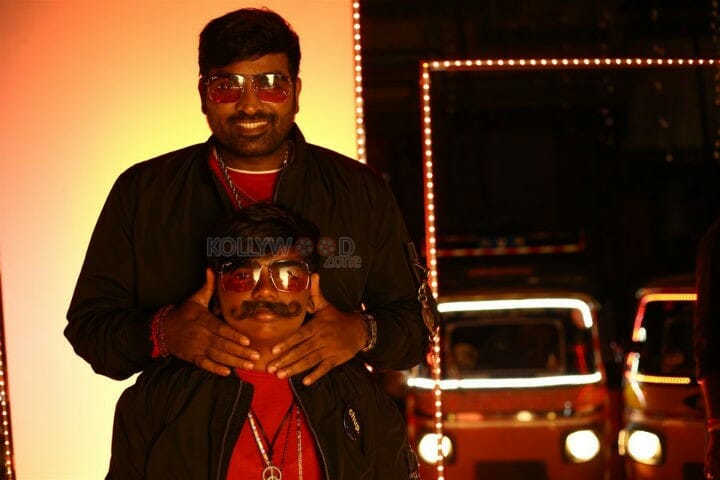 The film opens with a group of women working in an estate in Malaysia who have gone to the county from Tamil Nadu to work as contract workers in a rubber estate. Their families back home in Tamil Nadu live off their income. Venba (Anjali) is one among the contract workers who is tired of working in the estate and decides to return home to get married. But when she turns up at Tenkasi, to her disappointment she learns that her entire family along with her brother in law is dependent on the income that she sends home and her income happens to be the only source of income for the family.

The scene then cuts to Thiru (Vijay Sethupathi) a person who is hearing impaired and his sidekick Super (Surya Sethupathi) two petty thieves who make their survival by involving in pick pocketing and doing small robberies. As a result of which they are always in the run. One day, Thiru accidently comes cross Venba who has come to her native town and he falls for her immediately. Following which the most used to scenes of Tamil cinema rolls out ‘hero wooing the heroine.’ However, the initial conflict and the love angles are given an adoringly glowing treatment. The good at heart character of Thiru impresses Venba and she beings to reciprocate his love against the wish of her family. However, her family situation forces her to go to Malaysia again. Just hours before flying back to Malaysia the love smitten duo get married dramatically at the airport.

Things are not the same as Venba expected it to be on her return to Malaysia as she gets in to the hands of a flesh trade mafia. From under their custody she calls to Thiru and pleads with him to come to Thailand in order to rescue her. Tumbled by the state in which his wife is in, Thiru gets a fake passport and leaves to Thailand to liberate Venba along with his sidekick Super. Did Thiru manage to rescue Venba, if so how did he do it, is what makes the rest of the movie.

Vijay Sethupathi, pulls off the character of an hearing impaired man with ease. As usual the actor’s natural way of acting has turned out to be a big plus for the film. The bold and independent character role seems to come naturally for actress Anjali with her loud tone of voice complementing her role well. Surya Vijay Sethupathi excels just like his father and acts effortlessly with intrepid dialogue delivery for a debutant.

Musical magician Yuvan Shankar Raja is not up to his standards in the flick as the songs do not connect with us. But the musician has made it up in the background score with cracking scores. Cinematographer, Vijay Kartik Kannan’s camera work has added a lot of flavors to the film, especially in the second half of the film which predominantly happens overseas.

Director Arun Kumar had set the stage right in the first half of the film but it is the second half where he has gone sloppy. In other words, the director shines in his comfort zone as long as the film is set in Tenkasi, the flaw quotient is minimum, but when the film goes overseas, the pressure of placing commercial elements have turned out to be a big letdown for the flick. Particularly, the way Thiru and his sidekick toy around with the villain is too illogical to digest.

On the whole, Sindhubaadh entertains you but not entirely and ends up as a typical one time watch entertainer.