Hello Naan Pei Pesuren is an outdated entertainer but still makes us laugh. The firt half is filled with humour. Karunakaran, VTV Ganesh and Thambi Ramiah has done a good job with the comedy. Aishwarya Rajesh has done an excellent role as a ghost. Vaibhav Reddy is also good. Director Baskar has narrated the movie in a interesting way.

Hello Naan Pei Pesuren is a horror-comedy genre and the movie is all set to have a massive opening midst other releases today. The movie was directed by Baskar. In this movie Vaibhav Reddy has played the male lead and the female lead was done by Aishwarya Rajesh, who has earlier portrayed in art films in Kollywood film industry. 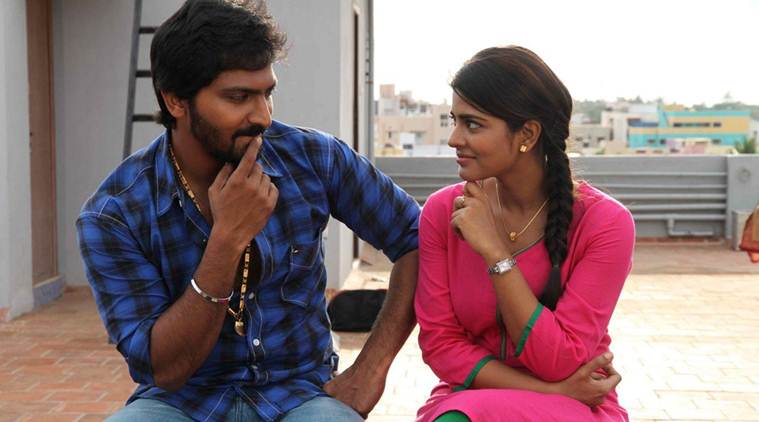 Actors like Oviya, VTV Ganesh and Karunakaran have made their excellent supporting roles in this movie. The movie’s story is simple. The lea dactor gets multiple phone calls from a ghost, which exists presently in the world of spirits and the director Baskar has narrated the movie very interesting.

On behalf of Avni Cine Makers the film was produced by Aranmanai and Aranmanai 2 fame director Sundar.C. The protagonist has done a good job with his friends Karunakaran and VTV Ganesh. The hero receives many calls from the ghost in the first part and it is completely filled with humour. Karunakaran as a doctor tickles our bones with witty one liners. VTV Ganesh along with Thambi Ramaiah also makes some gimmicks and that evokes laughter.

Aishwarya Rajesh who has just done award winning movies, has performed excellently as a ghost in this commercial genre. She is definitely an upcoming talent to be watched out. Everyone’s comic part has added more strength to the movie. Banu Murugan has made superb cinematography and he has done it to perfection.

The director Baskar has given a fantastic screenplay and he deserves applause for his superb making. NB Srikanth has done the editing job perfectly the movie is super crispy. Aishwarya Rajesh has done role of VTV Ganesh’s sister role and she has danced well over a dead body and that is going to be an attractive element. Songs are average. Sid should have concentrated more on tunes.

Overall, An outdated entertainer which still makes us laugh