Darling 2 is once again a horror genre which got released this weekend and it was written and directed by a debutante director Satish Candrasekaran. Actors like Kalaiyarasan, Kaali Venkat, Arjunan, Ramdoss along with debutante actors like Rameez Raja and Maya and Hari have acted in predominant roles in the movie. On behalf of Studio green K.E.Gnanavel Raja has distributed the movie. 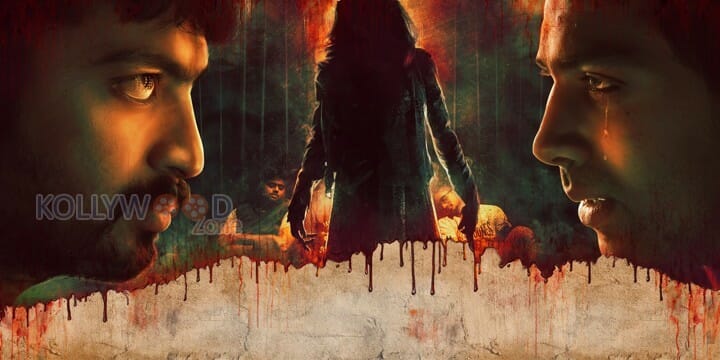 The background score and the music was composed by Radhan, who earlier composed music for Vaalibaraja. Earlier the movie was titled as Jinn but it was later changed as Darling 2 due to the brand name for Darling. Vijay Karthick has made an excellent cinematography. The movie’s story was written by Satish and his work was based on real life incident.

The movie starts with the suicide of a man named Ram, who is a mentally disturbed man. The movie goes in such a way the five dear friends Balaji, Aravind, Krishna, Chandru and Rafique are planning to move on a trip to Vaalparai, where Aravind is the owner of an estate. The story is entirely based on Ram, his love failure and his thought about Aravind.

The director has narrated the story and in some places it loses its punch. There is no scary ghost in the film. There is no surprise in the movie and everything goes smoothly. The actors Kalaiyarasan, Kaali Venkat and Arjunan have acted excellently and Ramdoss’s comedy has made the audience smile a lot. The background score was good. The three friends have done the comedy well and the cinematography work is good and he has brought a live elephant through graphics.

The editing work and cinematography was made superbly and few scenes are boring and the director has made no connection with the previous horror movie. Overall the movie can be watched for its cinematography and a new attempt.

Darling 2 is half baked !