Newbie director R. Kiran has come up with an interesting one line that he intends to explore in Kayamai Kadakka. The line being how much the society dictates our behavior. He keeps it as suspenseful as he can. He puts in two weird characters and keeps us in the dark prompting us to keep guessing about the characters existence in the first place. To light up the mood, at regular intervals, he pushes in complex questions through his characters that are not easy to answer.

There was a time when numerous aspiring film makers could only dream about making a film one day. The advancement in technology challenged that. It made film making simple, easy, and more accessible for all. But the problem still existed in finding theaters to screen it. Now even that has been challenged with the rapid growth of the online streaming platform. Debutant director R. Kiran moves to take full advantage of this development. Kayamai Kadakka is about two individual who get acquainted through social media and think that they have a lot in common but when they meet, they realize otherwise. So, how has the psychological suspense drama come out? Will it be a memorable debut for debutant film maker R. Kiran? To know that let us get in to the movie review. 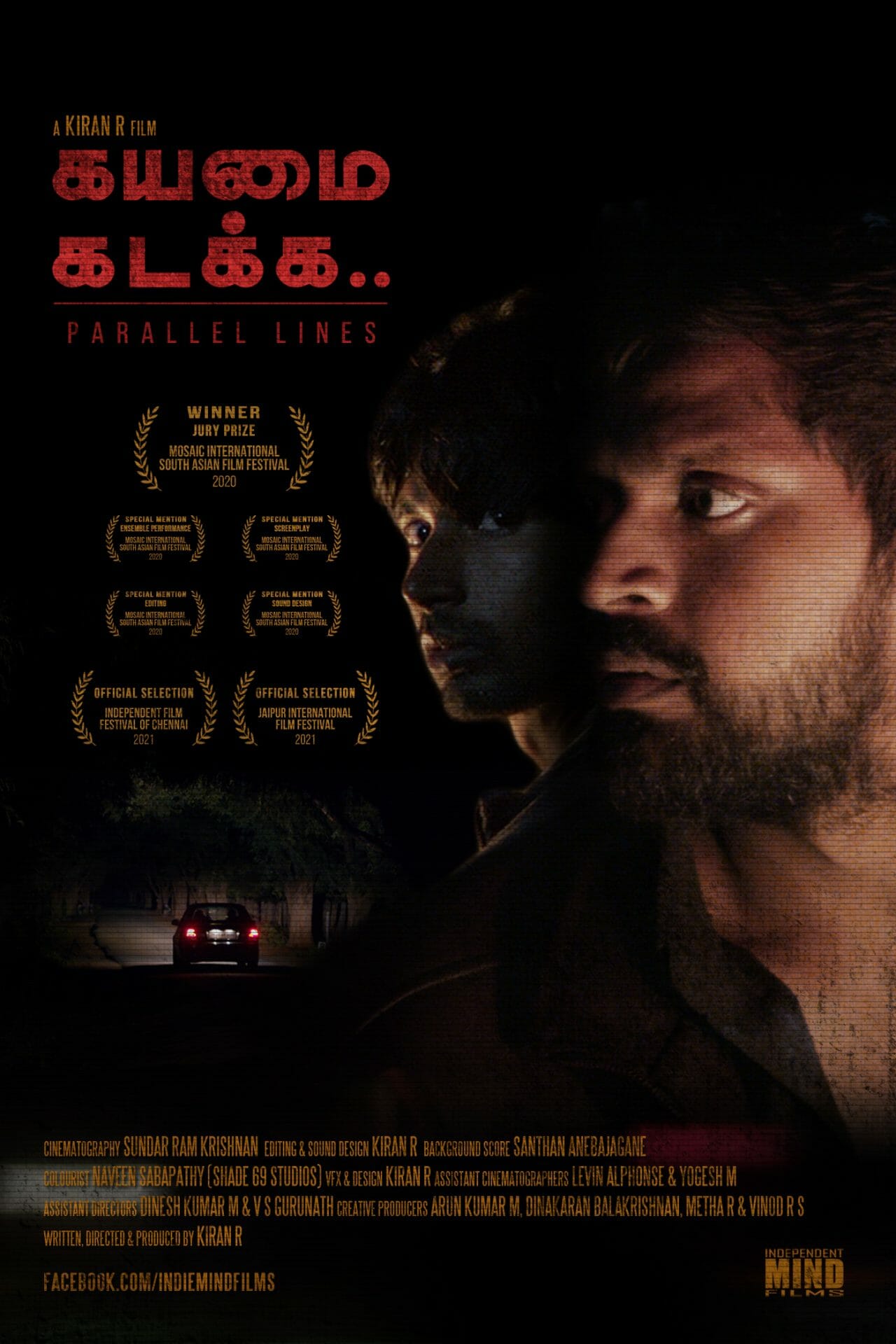 Kayamai Kadakka follows the life of two Santhosh-s (Masanth Natarajan & Vatsan M. Natarajan). Santhosh (Masanth Natarajan) is a docile young guy from Coimbatore. He spends most of his time on Facebook. But he is not the general crowd in the platform that utilize it to post pictures of themselves from different places and share their life stories. He is not in to the informative stuff the platform provides as well. If not both, what does he really do? He is on a mission on the virtual space. He deploys the platform to vent his frustration and hit out on rapists. Yes, he a virtual warrior who combats violence against women through words. By spreading awareness, you think? No. He specifically looks for posts that target women and drops comments like “kill the rapist, burn the rapist”. By now if you had not already lost your interest, we get to see him like a post that tells ‘death to the rapists’, then shares it.

As life goes this way, he connects with a guy on online who goes by the same name as his. So basically, he is our Santhosh 2 (Vatsan M. Natarajan). Santhosh assumes that his namesake also shares the same philosophy towards rapists as him just because the latter liked a post that he liked. So, they both get to know each other on online and later decide to meet in real life. When they do, Santhosh express his helpless state of not being able to do anything progressive to stop rapes other than just take out his anger by means of comments on the digital space. He gets the shock of his life when our Santhosh 2 casually responds, “why do not we kill these rapists?” Santhosh is dazed. Who is our Santhosh 2, is he joking about killing people, or is he a killer for real, and if he is, how will Santhosh handle his relationship with him, is what makes the rest of the flick.

Newbie director R. Kiran has come up with an interesting one line that he intends to explore in Kayamai Kadakka. The line being how much the society dictates our behavior. He keeps it as suspenseful as he can. He puts in two weird characters and keeps us in the dark prompting us to keep guessing about the characters existence in the first place. To light up the mood, at regular intervals, he pushes in complex questions through his characters that are not easy to answer. He also brings in a contemporary psychology angle of how people are entirely different from what they pose themselves as in the social media. The problem with Kayamai Kadakka is film maker R. Kiran sets up the playing field well but does not play the game in an interesting fashion. Despite his lead character’s odd behavior, he does manage to hold our attention and hook us to the entertainer to a considerable extent. But as Kayamai Kadakka unfolds it slowly begins to lose stream.

To be fair, what weighs down Kayamai Kadakka largely is the shoestring budget with which it is made. Even with neat and fine angles the visuals give us the constant feel of watching a documentary drama. Along with it the lag in writing push Kayamai Kadakka in to a challenging watch. By the time when the drama ends, we are left with mixed emotions. When we watch Kayamai Kadakka we could not help but think how better the drama would have been with a proper budget and creative writing. It is disheartening to see potential ideas getting watered down to nothing while films stuffed with cliches are bestowed with lavish funds. One could only wish this situation reverses for good.

On the technical front, music director Santhan Anebajagane’s tracks do not hold our attention. But he adds value in bits and pieces with his background score. Cinematographer Sundar Ram Krishnan has tried his best to cover the flick in the best way possible. But there is only a little he can do with the limited resources in hand. Story teller R. Kiran himself has edited the flick and his trims could have been a little sharper.

On the whole, despite an interesting premise, director R. Kiran’s lack of technical prowess and shoestring budget thumps Kayamai Kadakka.