It has been a long time since we have had a feel good romedy drama that sent us home with a smile on our face. In comes Thiruchitrambalam to end the wait. The movie is about a young man’s shot at having romance in his life while trying to sort things out with his dysfunctional family. Actor Dhanush who was last seen on screens in the Hollywood drama The Gray Man has returned to Kollywood with his romantic comedy flick Thiruchitrambalam. Actress Nithya Menon has played the female lead role in the flick. Director Mithran R Jawahar of Yaaradi Nee Mohini fame has helmed the movie. So, how has the romantic comedy drama Thiruchitrambalam come out? Will it be a successful venture for actors Dhanush and Nithya Menon? To know that let us get into the movie review. 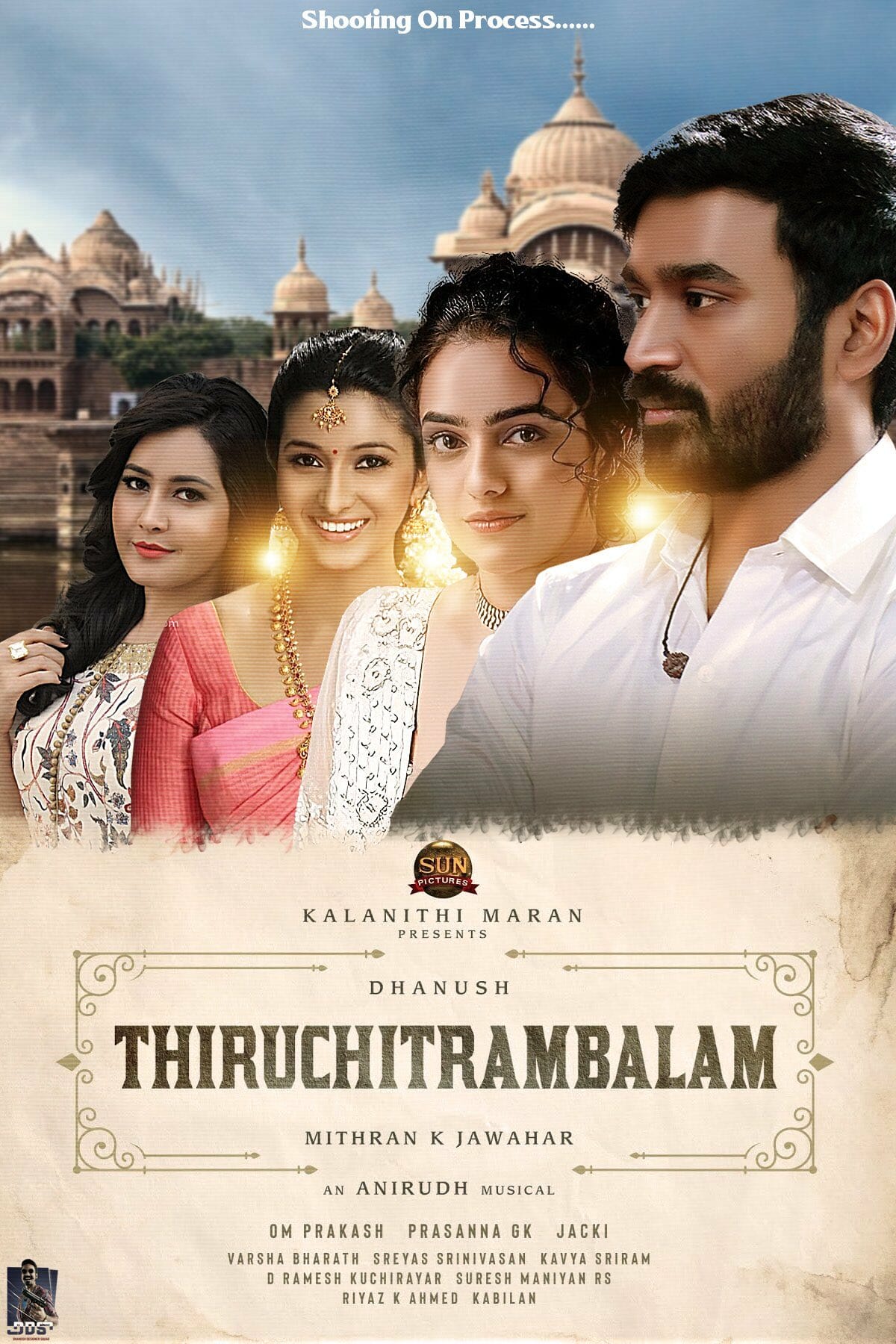 The movie follows the life of Thiruchitrambalam aka Pazham (Dhanush), a food delivery agent who leads a simple life. He and his stern father Neelakandan, who works with the police department, are not on talking terms. A tragic event puts them in that situation. Whenever life gets beyond endurance, Pazham seeks solace in his grandfather Thiruchitrambalam Senior (Bharathiraja) and his childhood bestie Shobana (Nithya Menon). As life goes on, he comes across his childhood crush Anusha (Raashi Khanna), and memories come rushing back. Yep, he falls for her. They go on a date, where Pazham proposes to her. But Anusha turns him down, and apologizes for flirting with him and misleading him into thinking that she had feelings for him. Pazham gets disappointed. On the positive side, he sorts things out with his father. Pazham’s family along with Shobana travel to his mother’s village. In the village, he meets Ranjani (Priya Bhavani Shankar). Presuming he had a moment with her, he approaches her and requests for her number. Ranjani declines citing they have no reason to stay in touch.

Pazham feels embarrassed, and on his way back home he bemoans this to his grandfather. He asks Pazham about the relationship he shares with Shobana. And insinuates that she could be the one for him. Pazham reflects on it, and begins to envision Shobana as his life partner. He breaks it to her. But she rejects him. This creates a rift in their relationship. Shortly after, Shobana decides to move to Canada for work. She asks Pazham to meet her in the airport before she flies. Will Shobana accept Pazham’s proposal, and will they end up together, is what makes the rest of the film.

Director Mithran R Jawahar’s Thiruchitrambalam is nothing that we have not seen already in Tamil cinema. But the film’s unique selling point is its lucid story telling. Story teller Mithran R Jawahar is well aware of the wafer-thin nature of his plot, and unlike most film makers he does not try to convince the audience otherwise. Rather he adds simple and easily relatable things, and makes them quite enjoyable. For instance, the tension, frustration, anger, and distress between the men of the family are written well with a touch of humor. Another incredible aspect of Thiruchitrambalam is that when the lead character gets rejected not once but twice, he does not get drunk, or sing songs blaming or cursing women, or does not indulge in any passive aggressive stuff to get sympathy. He just takes is as an embarrassment and tries to deal with it in a humane way.

Director Mithran R Jawahar’s efforts to craft an enjoyable film is evident on screen. Even in little details. Sample this, Shobana is written as a character hailing from a Telugu background, she communicates in Telugu with her parents, and in Tamil with her brother. A simple yet a fine next-door detail. It is things like this that bring Thiruchitrambalam and the characters in its world close to us. As its world is so familiar to us. The biggest strength of the drama is its lead characters Dhanush and Nithya Menon who shoulder the simple premise fabulously. They seem like ordinary middle-class people from next door. On the down side, half way through we can smell the climax that is brewing. But anyway story teller Mithran R Jawahar moves the screenplay adequately enough to not make us complain about it.

For a performer as Dhanush, Thiruchitrambalam is literally a cakewalk. It hardly tests his acting prowess. The actor pulls off his part without breaking a sweat. For a character that travels throughout the proceedings, actress Nithya Menon’s character does not have a strong hold in the flow. But the actress elevates the character by infusing her ebullient and mischievous aura to it. Veteran actor Bharathiraja steals the show with his breezy performance. Veteran actor Prakash Raj for his part makes his presence felt even in a limited screen time. Actress Raashii Khanna serves her purpose for being on board. Actress Priya Bhavani Shankar does justice to her part. Actor Munishkanth is inconsistent. Nevertheless, adds to the comical quotient of the drama. Actor Stunt Silva delivers in his typical stereotypical role. Actress Sriranjini is effective as usual. Actor Aranthangi Nisha is functional. The rest of the cast has delivered what was asked of them.

On the technical front, music director Anirudh Ravichander is not at his usual best. His tracks are enjoyable but are not playlist worthy. Even his background score adds value to the flick. Cinematographer Om Prakash has set up his camera at right spots. His visuals are colorful. Editor Prasanna G K brings forth his editing dexterity and enhances the work of his colleague with sharp cuts.

On the whole, actor Dhanush’s Thiruchitrambalam is a simple yet neatly crafted romcom that makes our time worthwhile.