Sasikumar is back after ‘Subramaniyapuram’ with Asuravadham – an Intelligent gripping thriller. Director Maruthapandian has made this as a sophomore flick with gripping thrills throughout the screenplay. This director has proved that the filmmaking is not just about having a unique story and dialogues. He also proved that execution is essential. This movie has set a high standard for a perfect intelligent thriller.

So what is this movie about? Samayan who runs a provision shop and a local thug gets many missed calls and a stranger talks to them over the phone conveying that they will die in one week. The stranger follows Samayan and pleads with him for his life. But why? Watch it on the big screen. 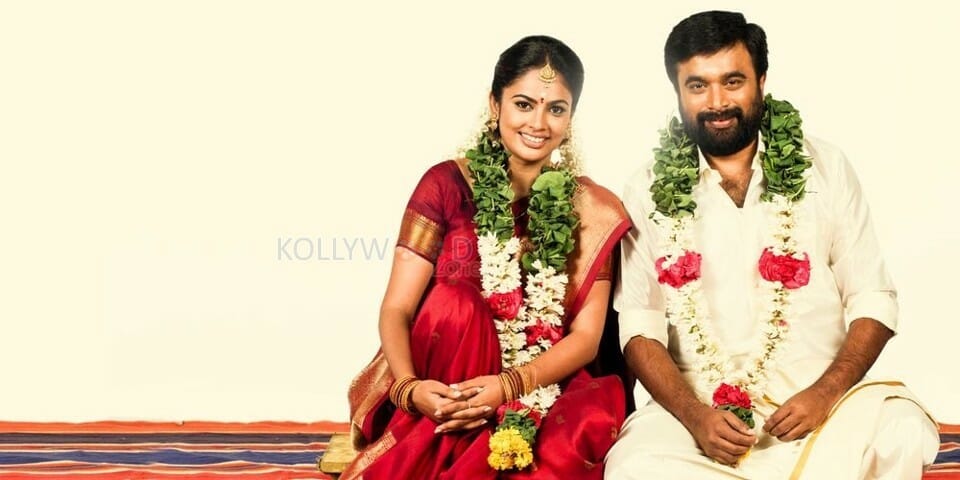 We have seen a dozen of Revenge thrillers in Tamil cinema. But what makes this movie stand unique? The execution! Sasikumar’s silence has spoken louder than words. His expressions are more than enough and his fearless eyes tell everything. No more detailing on the plot as it would ruin your movie watching experience.

Nandita Swetha as Mahalakshmi doesn’t have much to offer. Music by Govind Vasanth elevates the action scenes to next level. His BGM is top notch. Dialogues are minimal. Action scenes deserve a special mention. Dilip Subbarayan has done an impeccable job. SR Kathir’s cinematography deserves a standing ovation as it captures the rustic approach. Especially the long shot in the climax… just ‘wow’..!!

Overall, A perfect revenge thriller with a different treatment which you shouldn’t miss.