Muthina Kathirikai is a political comedy genre which was written and directed by Venkat Raghavan and produced by Kushboo and the movie is a remake of the successful Malayalam movie ‘Vellimoonga’ and the film features Sundar. C, Poonam Bajwa and comedian Satish in the supreme roles. Siddharth Vipin is the music composer for the movie. 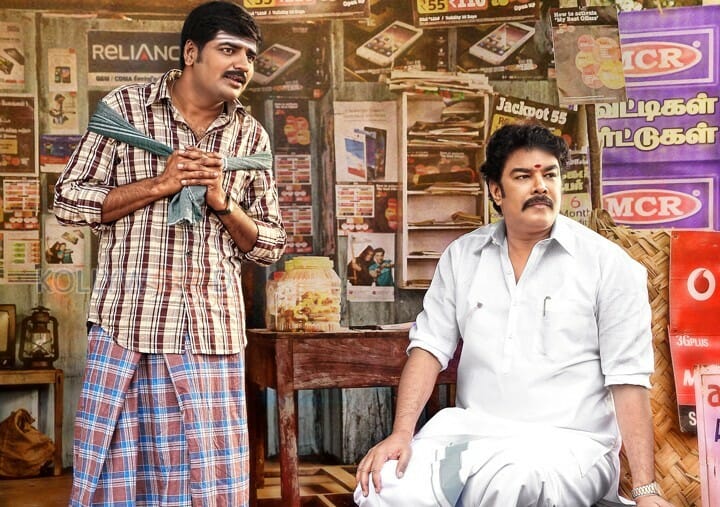 The movie was announced to be produced by Kushboo and directed by Venkat, who is Sundar C’s assistant and the team has tried to bring in Priya Anand for the leading female role but were unsuccessful and following the release of his directorial, Aranmanai 2 and Sundar C has began work on the project. Actors like Kiran Rathod, VTV Ganesh, Singampuli, Yobi Babu, Ravi Mariya, Sumithra and Jayaprakash have acted in supporting roles.

The movie’s story is about a middle aged unmarried politician who always mixes politics into his personal life and creates problem out of it. All the characters in the movie are cunning in one way or the other. Bhanu Murugan has made the cinematography. N.B. Srikanth has made the editing work. Sri Then Aandal Films Company has made the distribution work.

Mohan Raj has penned the lyrics for all the songs. Dhalapathi Dinesh has choreographed the stunts. Many scenes in the movie have acted as a catalyst for personal and political growth. Satish have acted along with Sundar.C and his comedy track has reduced the BP for many. The director has narrated the story and the story was written by Joji Thomas. Poonam Bhajwa’s performance is good and her scenes are not a feast for the audience.