Well-made sports dramas are always inspiring to watch. Despite the formulaic path that they take, the training process and the edge of the seat moments that these entertainers offer are a delightful cinematic experience. But more often than not, story tellers do not hit the right chords to keep the sports drama pulsating. Fortunately, Clap does not belong to the more often category. Actor Aadhi Pinisetty who was last seen in a supporting role in the flick U Turn is back on screens with his sports drama Clap. Actress Aakanksha Singh essays a key role in the flick. Film maker Prithivi Adithya has helmed the drama. So, how has the flick come out? Will it help Aadhi Pinisetty reestablish his image as a bankable lead hero in Tamil cinema? To know that let us get in to the movie review. 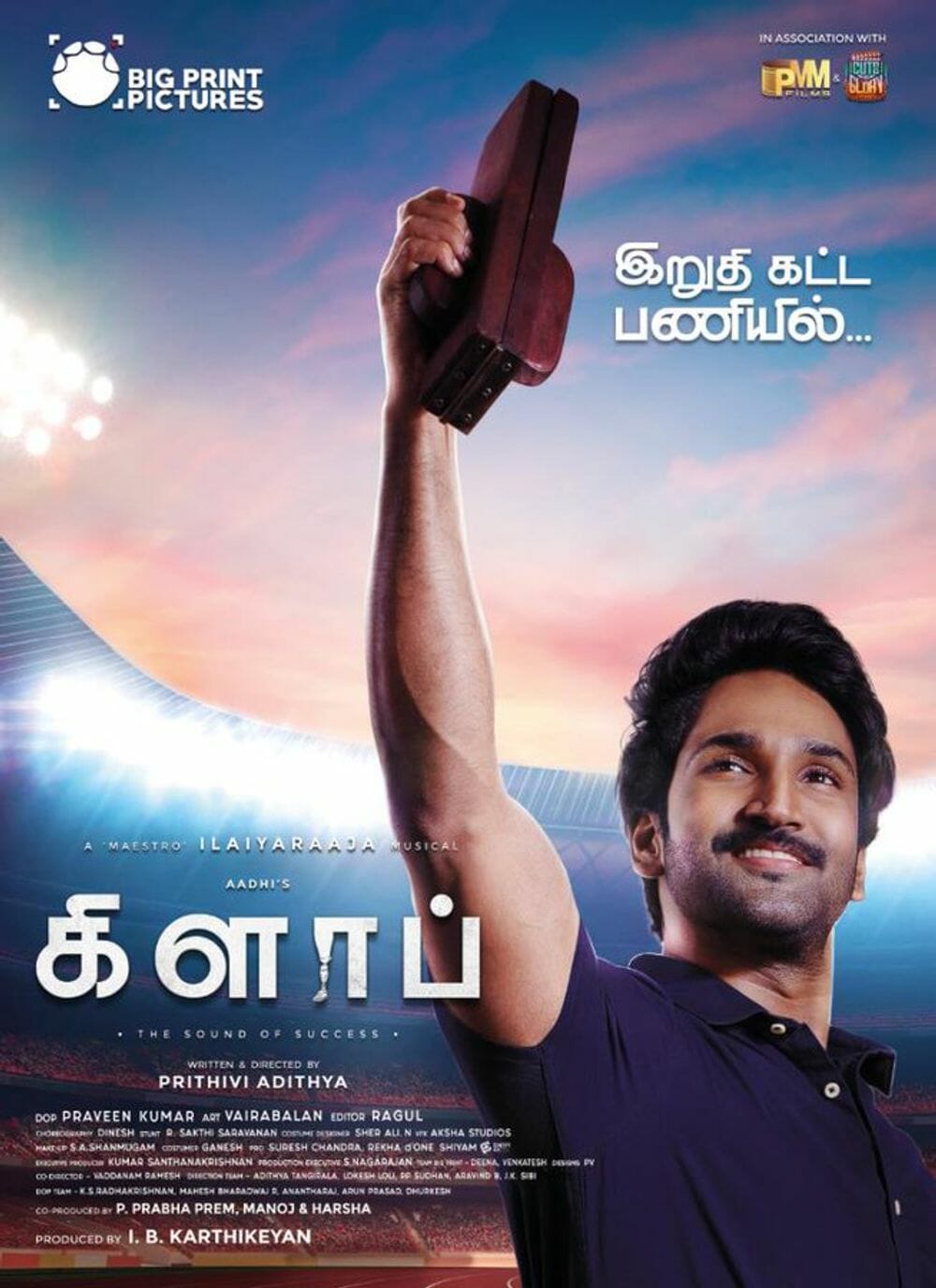 The film follows the life of Kathir (Aadhi Pinisetty), a former national level athlete. Clap opens with a catastrophic tragedy where Kathir, an aspiring national level athlete and his father (Prakash Raj) meet with an accident. In the accident, Kathir’s father loses his life while Kathir loses a limb. With his limb, goes his ambition of becoming a national champion. This episode squashes Kathir’s confidence and interest in life. The developments take a toll on his marriage. He stops communicating with his wife Mithra (Aakanksha Singh) completely. Mithra is worried sick of her husband but there is nothing she could do that would get him to his previous state. So, she endures things, and stand as a rock that holds her husband together. Like a water that brings life to the drought hit place, the news of a potential athlete from a village, Bhagya Lakshmi (Krisha Kurup) performing well in a state level event, brings life in to Kathir. Passion and ambition begin to sprout in him again.

When he learns of the power politics in the sports committee that is keeping other coaches in the state to offer to train her, he decides to train her. He makes efforts to get to Bhagya Lakshmi in Madurai, takes her under his guidance, and begins to train her. This act of Kathir does not sit well with Venkatram (Nassar), an influential person in the committee with whom Kathir already has bad blood. Will Bhagya Lakshmi crush every hinderance on her path, and bag the medal in the national level competition, or will she be cast aside due to power politics, and will Kathir be able to live his dream through his mentee, and mend his relationship with his wife, is what makes the rest of the flick.

Building a sports drama is a challenging task. Because unlike other fiction dramas they do not allow boundless room for getting creative. It is the same, a potential athlete from a struggling background, beating all odds to get to that one final performance that is staged to be the climax act. A creator of a sport film is confined within this boundary. The treatment and scene building a creator does within this space, will at least, to an extent, be, to that of the ones we probably would have witnessed numerous times. That is why characterization in a sports drama is very imperative. Shaping affecting personalities to take forward the film, and get us to root for them is where the success lies. Director Prithivi Adithya has tried his best to make things work on that front. And indeed, his efforts have worked in favor of him to an extent.

It is the way in which Kathir’s character is painted, his relationship with his wife and Bhagya Lakshmi is what gets us invested in the flick. Story teller Prithivi Adithya cleverly sets the stage of Clap right away. A budding athlete from whom fate mercilessly takes away the one thing he cares about most in life. Bang! Straightaway director Prithivi Adithya makes us feel the acute sense of pain that his lead character undergoes. That very moment, he gets us on board and draws us in to his world that slowly introduces its characters that are battling to heal their wounds. Where Clap takes a slide is when it gets to the training arena, the politics, and caste-based discrimination part. These are the key elements that drive most sports films and film maker Prithivi Adithya has nothing new for us when handling these elements.

Actor Aadhi Pinisetty has done a fine job as Kathir. He has brought the character to life with his natural performance. Actress Aakanksha Singh has made a decent debut in Tamil cinema. Actress Krisha Kurup is solid with her performance. Looks like a good find for Tamil cinema. Veteran actors Nassar and Prakash Raj make their presence felt even in a short screen time. Comedians Munishkanth, and Brahmaji live up to their purpose. Actor Mime Gopi is effective. Actress Sriranjini does justice to her part. The rest of the cast has delivered what was asked of them.

On the technical front, musician Ilaiyaraaja add value to the film with his music. His track has his magical touch while his background scores aid in setting the mood. Cinematographer Praveen Kumar has covered the flick in the best ways possible. Editor Ragul’s scissor work complements the work of his colleague well.

On the whole, Clap might not be everyone’s cup of tea but certainly is for sports enthusiasts and those with love for sports drama.