Bairavaa is a typical Vijay film that only hardcore fans of his love. Though the film is a major improvement from ATM, it is still a major disappointment from Vijay considering the hype that was created.
Vijay carries the entire film on his shoulders. Daniel Balaji is the only actor, apart from Vijay, to have done justice to his role. Everyone else just filled the screen. Watch it if you are a hardcore fan of Ilayathalapathy.

Bairavaa is an action movie which was written and directed by Bharathan, who has earlier directed Alagiya Tamil Magan. The movie is produced by B Bharathy Reddy on behalf of Vijaya Productions and the movie features Vijay and Keerthy Suresh in leading roles. Actors like Satish, Jagapathy Babu, Daniel Balaji, Mime Gobi and Sreeman have acted in supporting roles. Santhosh Narayanan had composed the music. 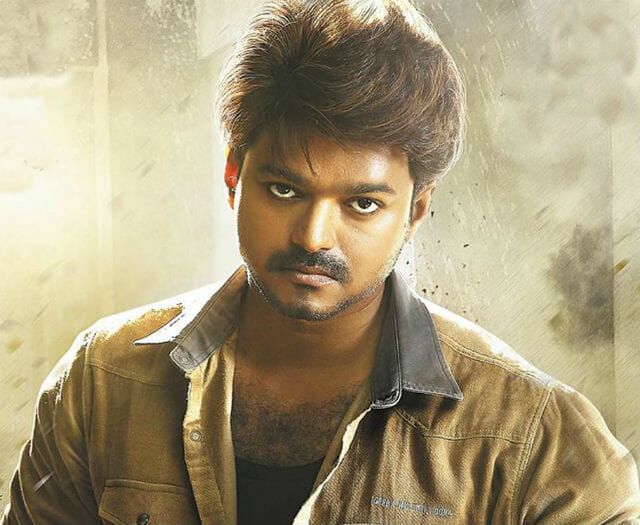 M Sukumar had made the cinematography work and the editing part was performed by KL Praveen. The movie was distributed by Sri Green Productions. In the movie Vijay has given importance to his hairstyle and costume. Vijay and Keerthy Suresh’s chemistry has worked very well in the movie. So the plot is simple, Vijay falls for Keerthi Suresh and he takes up her fight for justice and brings out flying colours.

The first song was the colourful opening song which was choreographed by Dinesh master. The movie’s shooting was shot at Tirunelveli districts, Chennai and songs shot at foreign countries. Santhosh Narayanan had composed music for the first time in Vijay’s movie. The songs which were released earlier had received good response from his fans. The movie wasn’t released in Andhra Pradesh and Telangana as Chiranjeevi’s 150th movie Khaidi No 150 had released and maximum theaters were booked for the movie.

Bairavaa is a typical Vijay film with the usual predictable story line. Being a hero-centric film, Vijay carries the film on his shoulders. The comedy is good and will make you laugh. Action sequences are also nicely done along with Vijay’s punch dialogoues. There is enough to keep Vijay’s fans happy.

But the movie fails on various circles. Be it editing or music. All the technical teams fail collectively. Vijay’s screen presence is the only saving grace. Daniel Balaji also has done justice to his role. Keerthi Suresh has put on some flesh on her body and it’s obvious in few scenes.

Overall, another disappointment from Bharathan to Vijay.