Though there is a strong aura of Vanakkam Chennai in Oh My Kadavule, it manages to infuse its own essence quite well after a point. The pleasant thing about Oh My Kadavule is that it lays out its own perspective on various things including love, relationships, break up, and friendship, without getting in to the preachy zone. Director Ashwath Marimuthu has also made the screenplay so simple yet it is so relatable and connects with the audience very well.

There was a time when Tamil cinema story tellers kept on dishing out pointless and ludicrous love flicks back to back. Eventually, after a stage when the audience got sick of witnessing their lead heroes in the done to death genre, the romantic zone was left alone but was visited from time to time by auteur film maker Mani Ratnam and Gautham Vasudev Menon. Now, it has been so long since Tamil audience enjoyed a refreshing romantic entertainer in recent times. While the drought for romantic entertainers haunting Tamil cinema, in comes debutant film maker Ashwath Marimuthu’s Oh My Kadavule as a ray of hope conveying that still there are story tellers who wants to make flicks on the romance genre. Actor Ashok Selvan is back on screens after a long gap since his unnoticed romantic comedy film Koottathil Oruthan. Has the actor hit the target this time? Let us get in to the review. 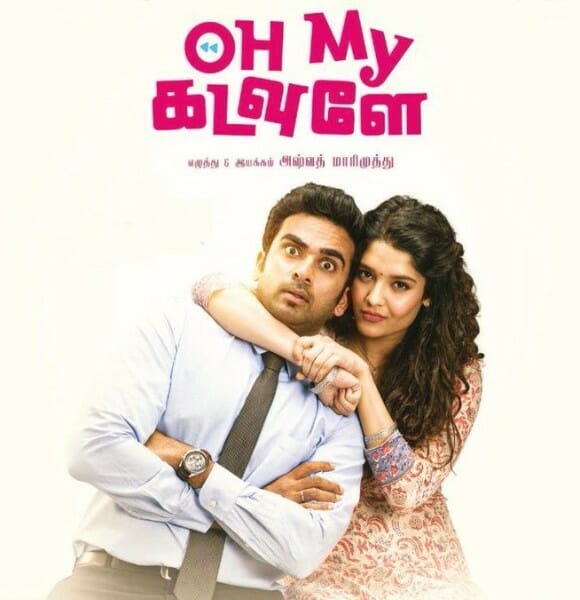 Arjun Marimuthu (Ashok Selvan) is a confused soul who grows up with Anu Paulraj (Ritika Singh), and Mani (Sha Ra). They are childhood besties and spend maximum amount of time together in pubs and other places. When Anu’s father Paulraj (M. S. Bhaskar) initiates talk about her marriage she prefers to get married to a man whom she knows better to an unknown bride that her father suggests. So on one of the team’s casual gathering when the three have gathered in a pub she proposes to Arjun to which he does not react immediately. But on their way back home Arjun agrees to marry Anu as he does not see any reason to why he should turn her down. The duo gets married in no time and as a gift if not to be said as dowry, Anu’s father presents the newlywed with a posh apartment and employs Arjun as a quality controller in his company.

Trouble arises in their first night when Arjun finds it difficult to take his best buddy Anu as his wife. Sensing his hesitation Anu initiates the proceedings by trying to kiss Arjun to which he cringes. Not wanting to force things they both come to a decision to give themselves sometime to get in to the husband and wife zone. But in turn of events, Arjun begins to grow bored of his mundane job as well as his loveless marriage with Anu. Things further slides down the hill when he revives his feelings for his school senior Meera (Vani Bhojan), who happens to cross his life again due to divine intrusion. This pushes his marriage with Anu further the snapping point and the couple decides to file for divorce.

In the meantime, Arjun gets a fortuitous opportunity (an opportunity many wish they had in life) to rewind his life and get back to the moment when he was about to agree to marry Anu. What would Arjun decide to do, will he reject Anu’s proposal and try to woo Meera or will he attempt to love Anu and lead a happy life with her is what makes the rest of the flick.

The first half of the flick is predominantly made of clichéd romantic scenes which are dreary but hilarious at times. Just when you are inclining towards the opinion that Oh My Kadavule is merely going to be just another romantic comedy of Tamil cinema, it derails to a different path with fantasy elements kicking in and gets engaging. Though there is a strong aura of Vanakkam Chennai in Oh My Kadavule, it manages to infuse its own essence quite well after a point. The pleasant thing about Oh My Kadavule is that it lays out its own perspective on various things including love, relationships, break up, and friendship, without getting in to the preachy zone. Director Ashwath Marimuthu has also made the screenplay so simple yet it is so relatable and connects with the audience very well. Towards the climax portion of the drama he takes the flick that was meandering over different aspects of life to a defining point and demands the audience to feel the emotions to the nucleus.

Actor Ashok Selvan shines bright with his performance and seems fitting in the role of a confused newlywed husband suffering to cope with a loveless marriage and mundane job. Actress Ritika Singh has delivered an amusing performance in a role that seems to be tailor made for her. Despite restricted screen time actress Vani Bhojan makes her mark in Kollywood with a noteworthy role. Comedian Sha Ra looks helpless with his grim jokes and seems like a character on screen seeking for redemption.

On the whole, Oh My Kadavule fills in the void of lack in breezy romantic flicks in Tamil cinema after a considerable break which puts it in the must watchable zone for ones that are love smitten.