Watching a well-made investigative crime thriller is the most delightful way to burn time for many. Even a half-baked investigative crime thriller could do, as long as the suspense is maintained till the very end. Ward 126 falls in the latter category. The film depicts the criminal investigation of a murdered IT professional which brings to light the dark side of his personal life making the case complex to solve. Actor Michael Thangadurai who was last seen in Tamil in Oomai Sennaai is back on screens with his romantic investigative thriller movie Ward 126. Director Selvakumar Chellapandiyan has helmed the flick. So, how has the romantic investigative thriller drama Ward 126 come out? Will it help rebuild the bankable lead hero image of actor Michael Thangadurai, and be a memorable debut for storyteller Selvakumar Chellapandiyan? To know that let us get in to the movie review. 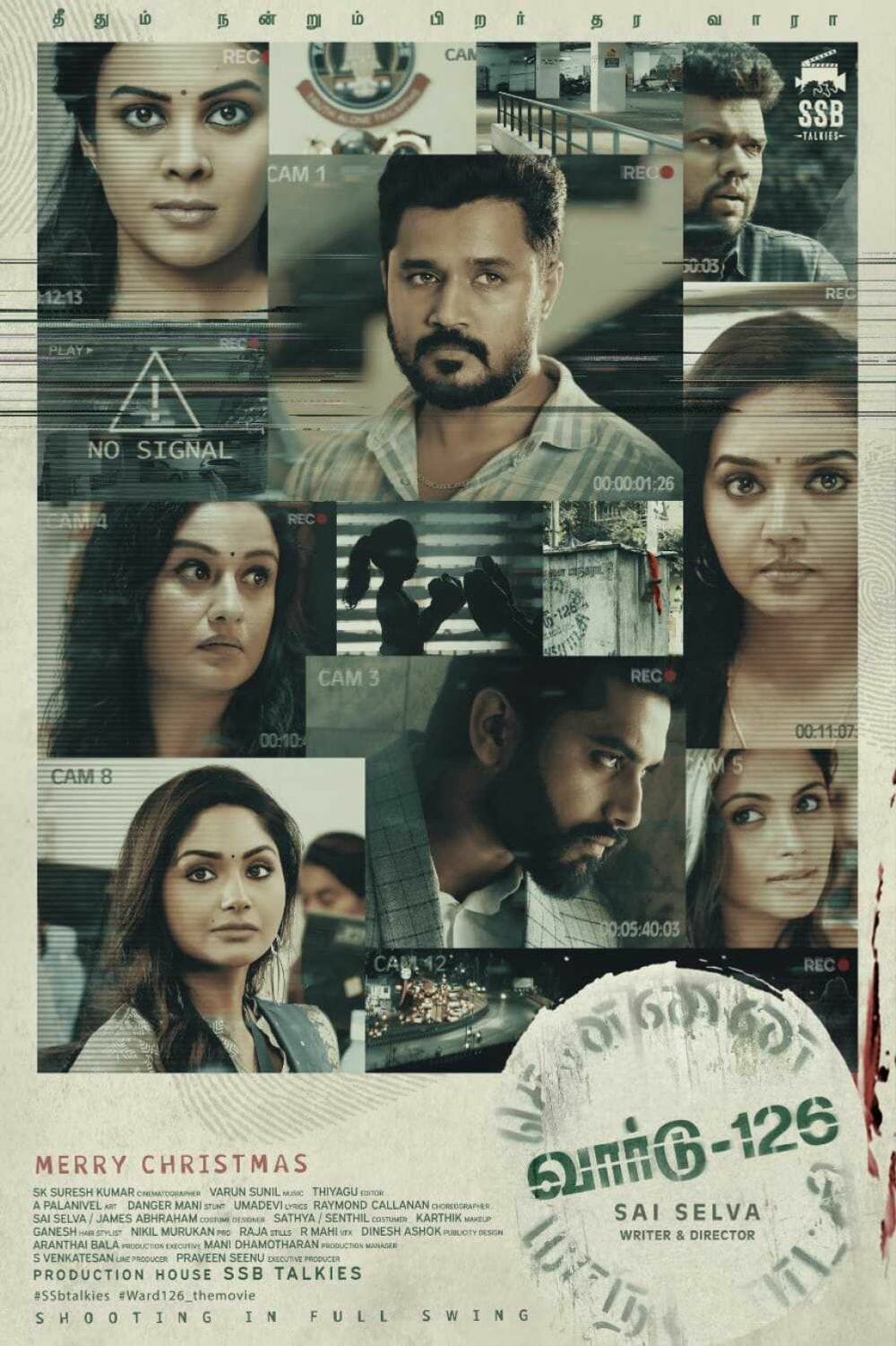 The film follows the life of a young IT professional Gokul (Michael Thangadurai), who leads a normal life in Chennai. When Ward 126 opens, we witness the gruesome murder of Gokul. The cops arrive at the scene, and begin their investigation. After initial investigation, they are clueless except for the info that a chain snatching incident was reported on the same vicinity on the day of the murder. As the investigation proceeds, shocking details of Gokul’s personal life emerge. We learn that Gokul also goes by the names Krishna and Kannan, and that he was married to multiple women. Meanwhile, we are introduced to Rossie (Shritha Sivadas), a pregnant woman who was the victim of the chain snatching that occurred on the day Gokul was killed. Is Gokul a scamster, why and who murdered him, and what has Rossie got to do with the case, is what makes the rest of the flick.

Tamil cinema has its share of a lead hero luring women on the guise of marriage, and either murder or swindle money from them. Sigappu Rojakkal and Naan Avanillai are cult classics in that genre. Director Selvakumar Chellapandiyan partially takes the knot of these films, and gives it a spin with a homicide angle to make things interesting. Theoretically, the idea does seem intriguing. In fact, he largely succeeds in his attempt to turn his idea into a visual medium in the first half. As he gets the attention of the audience straightway in the opening scene with the murder of his lead character. The element of surprise kicks in and the mystery surrounding the character keeps us hooked to the proceedings. He spends almost the entire first half gradually revealing the details about the mysterious life of his lead character. As it enters the second half, it derails from the investigation and dwells for a period in lackluster romantic portions. This affects the flow of the movie.

From that point, it does not take long for Ward 126 to lose steam. For a film that is billed as an investigative drama, Ward 126 is dearth of any clever investigative procedure. Even director Selvakumar Chellapandiyan’s characterization is not good either. For instance, a crucial character Rossie comes throughout the film but it does not make the desired impact that the character demands. It is mainly due to shallow writing. Speaking of writing, it would only be fair to say that story teller Selvakumar Chellapandiyan has been insincere in his scripting. There really does not seem to be any effort or research gone into penning the police procedures, or in shaping his characters. Director Selvakumar Chellapandiyan shows intent to deliver something fresh for the audience. His choice to present his drama in a nonlinear narrative is all laudable. But when the writing fails, there absolutely is no way to save a film.

Actor Michael Thangadurai has got under the skin of his character, and has brought it to life. With every role he plays he just keeps getting better and better as a performer. Actor Jishnu Menon has pulled off his role effortlessly. Actress Shritha Sivadas does not have much space to perform. Nonetheless, she does complete justice to her part. Actress Vidya Pradeep lives up to her role. Actress Chandini Tamilarasan serves her purpose of being on board. Actress Shruthi Ramakrishnan is adequate. Actress Sonia Agarwal is functional. Actress Umadevi is operational. Actors Selvakumar Chellapandiyan and Sriman are effective. The rest of the cast has delivered what was asked of them.

On the technical front, expect for ‘Kaalam Azhagaai’, music director Varun Sunil’s tracks are middling. But he makes up for the lost ground with his background score which blends well with the emotions in accord to the scenes. Cinematographer S. K. Suresh Kumar has done a fine job covering the drama. He has mounted his cameras at best angles. Editor Thiyagu has put his scissors at the right spot to cut out the untidy portions to facilitate the smooth flow of the movie.

On the whole, actor Michael Thangadurai slogs hard to drag Ward 126 across the finish line but there is only so much an actor could do when the plot is frail.