Currently Gautam Menon is busy directing Ennai Nokki Paayum Thotta and it was stated that after completing the movie the director had plans to direct Dhruva Natchathiram with Vikram and the official confirmation was not made so far and as per latest report from sources the movie’s first look poster was released. 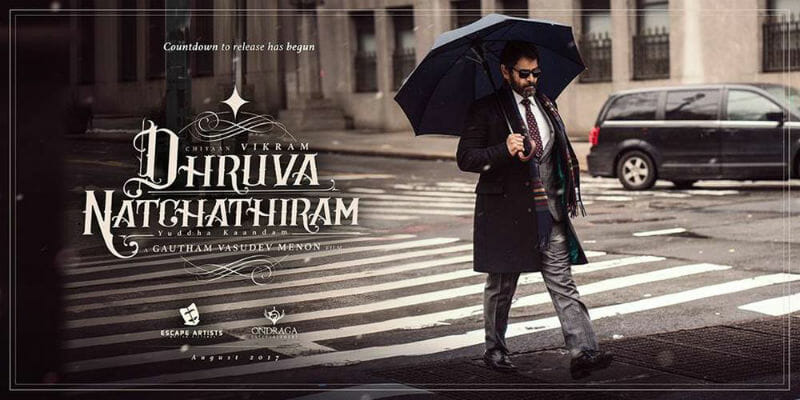 In it Vikram was seen with coat and newspaper in his hand. Earlier it was stated that Vikram will play salt and pepper look in the movie. Vikram is acting under the directorial of Vaalu movie director and after that Vikram will act under the directorial of Gautam Menon. The shooting will commence from tomorrow and the movie is planned to be shot with American quality and the movie is planned to hit screens by August 2017.

It was stated that for three fourth of the movie Vikram will act in salt and pepper look and in flashback as a stylish hero. Chiyaan Vikram and Gautam Menon’s first movie has more expectations among the moviegoers. Very soon official confirmation will be declared.