The title of the film speaks volumes but the inner content does not have anything substantial to justify the weight of the title. Director Vasanthabalan is someone who has the dexterity to capture human emotions in an arresting way. But we do not experience that in Jail. All we are presented with are scenes that are artificially tailored to make us sympathize with the life of the people he attempts to portray in the film.

Actor G. V. Prakash Kumar is making it a habit to launch back-to-back flicks. Last week we got to see him as a dirty minded young man in Bachelor, this week we get to see him as a victim of poverty. The musician turned actor is mixing it up well when it comes to picking his characters. Film maker Vasanthabalan who garnered the attention of Tamil audience with his sophomore flick Veyil for which he bagged the National award, has helmed the drama. The director has a notorious reputation for making authentic human relationship centric dramas. His films, be it Veyil or Angaadi Theru or Kaaviya Thalaivan, stand as the corroboration for it. So, how is his latest entertainer Jail? Is it solid enough to upkeep director Vasanthabalan’s reputation? To know that let us get in to the movie review. 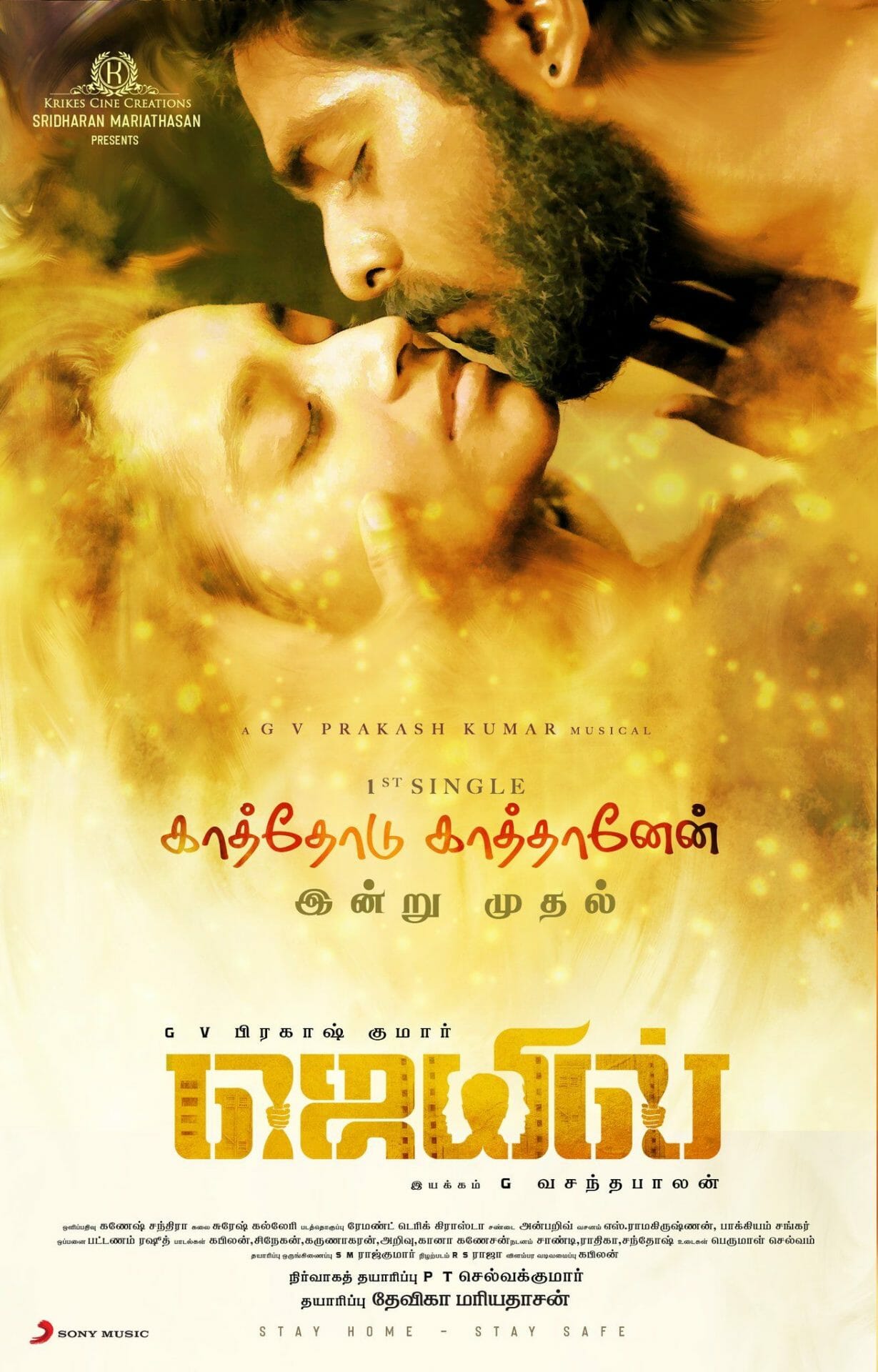 The film follows the life of Karna (G. V. Prakash Kumar), a small-time burglar who hails from Caveri Nagar where the people from Chennai’s slums were relocated. He lives with his mother Paapamma (Radhika Sarathkumar). Even in the face of extreme poverty he leads a fun filled life with his friend Rocky (Nandhan Ram), a drug supplier. His childhood buddy Kalai (Pasanga Pandi), a top student back in the days was sent to juvenile detention center in an unfortunate event. Kalai is released from the detention center. After life in prison Kalai just wants to go back and lead a normal life. However, fate has different plans up its sleeves for him. Karna reconnects with him. Meanwhile, we have a corrupt cop Perumal (Ravi Maria) who use the people of Kaveri Nagar for his personal gains. He lets loose of the real culprits and nab the innocent people and students in the resettlement area as proxies in the criminal cases. In the process fills his pocket with blood money.

Rosemalar (Abarnathi), a young girl moves to the colony. Apparently for Karna to meet her and to fall in love with her. The mandatory romance box is checked. With the assistance of his friends, Rocky operates his mini scale criminal activities. This pits him against another gang in the locality. The hostility keeps brewing, at one point it escalates to violence, and leads to a loss of life. These developments compromise the safety of everyone associated with him. Now, Karna must fight back in order to protect those he holds dear. Will Karna embrace the life of violence, will he win the battle he is walking in to, is what makes the rest of the flick.

When film maker Vasanthabalan announced the title Jail he literally cut loose the curiosity horse. As a Tamil audience, if your mind had inclined towards Vetrimaraan’s Visaranai, you are not alone. Sadly, our curiosity is put in a box and placed on fire by Vasanthabalan. The title of the film speaks volumes but the inner content does not have anything substantial to justify the weight of the title. Director Vasanthabalan is someone who has the dexterity to capture human emotions in an arresting way. But we do not experience that in Jail. All we are presented with are scenes that are artificially tailored to make us sympathize with the life of the people he attempts to portray in the film. To be fair, there are also scenes that give us the authentic Vasanthabalan’s touch. For instance, Kalai’s struggle to secure a job because of the background he is from, when Karna cuts his wrist the camera zooms in showing multiple scars of the past, such moments are poignant. The thing is these sequences just do not gel as a whole film.

The accidental problem with the film is the felonious label it places on the people who live in the colony. Story teller Vasanthabalan slaughters the very people that he intends to save. Of course, his intention is not in question here. He wants to push jail in the lines of Asuran, Kaala, and Karnan by depicting how stereotyped and unforgiving the society is towards the marginalized people. But somewhere along the line he carelessly derails to Vada Chennai stereotype in Tami cinema. Most of the characters we come across in Jail are people who are so inept and so full of flaws. We do not get to see the good and competent side of them. This has been a worrisome factor that has even been raised by the people who live there. It is so unfortunate that even a director with such caliber could not avoid this shade.

Actor G. V. Prakash Kumar is natural and once again flaunts his ability to perform. He cakewalks his role without efforts. Oh yeah, we have a female lead in the movie essayed by Abarnathi. Absence of her character would have only caused just an iota of impact in moving the plot. Nevertheless, she has done justice to her role. Veteran actress Radhika Sarathkumar as Paapamma is effective as always. Actor Pasanga Pandi has delivered a decent performance. Actor Nandhan Ram is adequate. The rest of the cast has delivered what was asked of them.

On the technical front, G. V. Prakash Kumar disappoints as a musician. His tracks are average. His background score is not better either. Perhaps, his tight schedule is wearing down the musician in him. Cinematographer Ganesh Chandhrra’s frames are adequate but it could have been better. Editor Raymond Derrick Crasta has made efforts to cover the shortcomings of his colleague with his cuts.

On the whole, Jail is a disappointing affair, what makes it even more disappointing is, it has national award-winning director Vasanthabalan’s name in the director card.