Finally, it is good to see films in Tamil cinema discussing about stoner’s life and creating awareness about the ill effects of drugs in a human’s life. Earlier this year, we had Bharath’s Simba as the first ever Tamil cinema’s stoner comedy film but it was nothing more than just a comedy entertainer. Whereas, Bodhai Yeri Budhi Maari lays light on the ill facet of using drugs even if it is for entertainment and it does it without being too preachy. 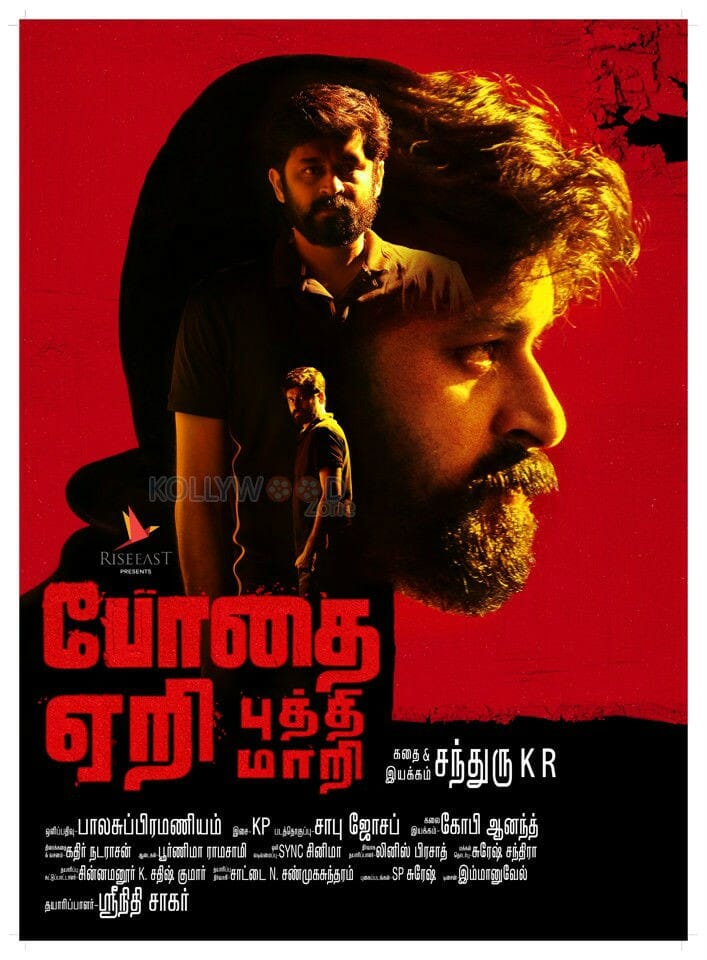 Bodhai Yeri Budhi Maari opens with a gruesome murder of a girl (Meera Mithun) who dies at the hands of her ex boyfriend who is under the influence of drugs. The scene cuts to a rehabilitation clinic where a group of drug addicts share their ill experiences that they have had to face due to drug usage. While they are narrating their experience, in walks the hero of the film Karthik (Dheeraj) with a slow motion shot. He then begins to narrate his experience of how the intake of potent drug turned his life upside down.

In to the flashback, Karthik is a teetotaler who has everything good in life going his way. He leads a happy life with his picture perfect family. And even sweet is the fact that he is about to go under wedlock with his childhood sweetheart (Dhusshara). Everything seems to be moving smooth and fine until he gets a call from his friend before his marriage day, who says that one of their close friends has passed away. Hearing the news Karthik rushes to his friend Roshan’s apartment and in there – yes, you got it right but no points for it – he realizes it was a trick played by his friends to make him attend his own bachelor’s party. While partying Karthik accidently inhales a heady drug.

In the adjoining flat, lives a young and sincere journalist Brindha (Pradayini) who has been working on a case involving underworld drug mafia and has key details about the gang. Things unfolds fast when she finds out that her boyfriend (Ajay), a corrupt dirty cop has his place at the table of the drug kingpin. The events that unfold next and what happened to Karthik who is high on drug, did he manage to attend his marriage the next day, is what makes the crux of the story.

Debutant Dheeraj seems like a potential find as he pulls off a character which is under the influence of drug quite well for a new comer. But someone like Vijay Devarakonda or even Bharath would have brought good attention to the film. After Dheeraj, it is actor Ajay who stands out in the role of a dirty cop. Pradayini Surva, veteran actors Charlie, Radha Ravi and rest of the cast did not have much scope in the script to showcase their work.

On the technical end, music director KP deserves a special mention as his scores aid to perfectly seal debutant Dheeraj in the lead role. Cinematographer Balasubramaniam’s camera work fails to create the hallucinatory factor authentically which is a big disappointment.

Director K. R. Chandru and writer Kathir Natarasan have intelligently framed each scenes and it plays the major role in keeping us invested over what is happening, are the events happening for real or is it just Karthik playing it out in his head. But few loopholes and free writing has prevented the film from entering in to the list of best meaningful crime thrillers of Tamil cinema.

On the whole, Bodhai Yeri Budhi Maari is not a solid crime thriller but beyond doubts is a different attempt which deserves to be watched in theaters.