Crime thriller is a genre which would never lose its influence among cinema lovers. This is the very reason why story tellers endeavor to do films on this genre so to cash in on its good reception. But not many have the deftness to craft a neat thriller that would offer the typical exciting edge of the seat experience and end up crafting a film that would rather offer a testing experience for its audience. Rajavukku Check falls in the latter category. After being the talk of the town for his part in the controversial TV show Bigg Boss 3 actor Cheran is back on screens with his crime thriller Rajavukku Check. This film also marks the comeback of director Sai Rajkumar to the industry nearly after a decade. 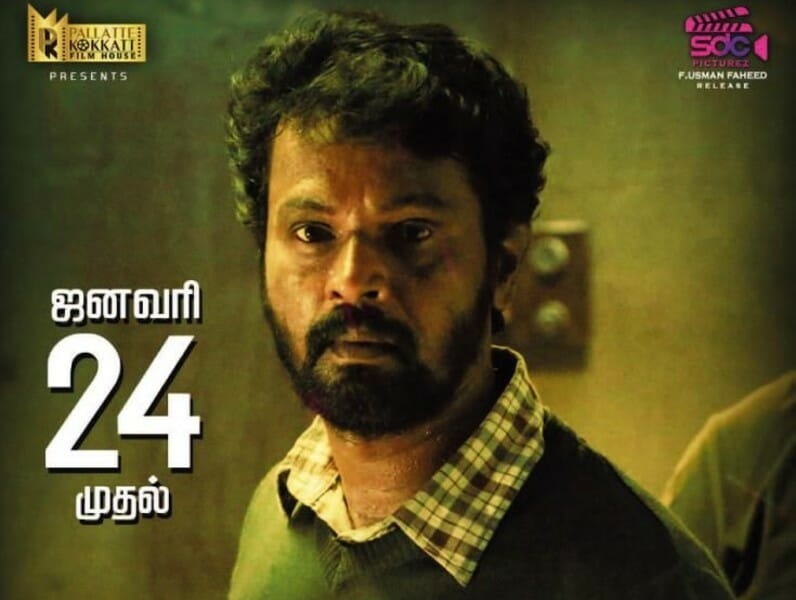 Raja Senthur Pandian (Cheran) is a brainy cop who suffers from serious alcohol addiction. His addiction not only destabilizes his professional life but also his personal life. On top of his addiction problem he also suffers from a weird disorder known as Kleine Levin syndrome, which puts him to sleep for long hours in a stretch, even for weeks. If the question, how could he be a cop then, pops up in your mind, you have to put up with it. Moreover, it is just the beginning of many such loopholes throughout the flick. His problem pushes his wife (Sarayu Mohan) to initiate for divorce and take away their daughter Krithika (Nandana Varma) from him. But Raja is totally against the divorce and wants to reconcile with his family who are now living in a separate home.

The estrangement from his family further worsens his situation and his addiction to alcohol. He longs to be with his beloved daughter and appeals to the court. Opportunity arises when his daughter decides to leave for abroad to pursue her higher studies. She desires to come live with her father for few days before she leaves for abroad. Raja plans to make the most out his time with his daughter and even make it a memorable one for her. But in an unfortunate turn of events Krithika gets abducted by a gang of rich teenagers lead by (Irfan Mohammad). From this point the film inclines in to the battle of a helpless father trying hard amidst his health issues to save his daughter.

Then we get a force fitted sub plot to propel the father daughter sentiment drama in to a thriller drama. Who are these teenagers, why did they kidnap Krithika, will Raja be able to save his daughter from them, is what makes the rest of the entertainer.

When a film maker opts to make a movie on a sensitive issue such as sexual abuse it is very important to be crystal clear about what he desires to establish. Here the story teller sends out centuries old message through a cop’s character, by making it to ask the victim to remain quite about the sexual abuse she suffered to save herself from victim shaming. Though, still many hold being quite as a practical solution, in times when we are moving towards a more progressive way to deal with sexual abuse cases, this sort of perspective is a great hindrance to it. Speaking of perspective, it is not the only flaw in Rajavukku Check, but also the way it has depicted the occurrence of the abuse. Along with all these factors the film maker’s contradictory writing and amateurish execution has further pulled down the movie. Also, the failure to make us connect with the father and daughter bond – as it feels to be staged – does not help either.

Actor Cheran who was fitting in a similar character that he portrayed in Yudham Sei seems to be a complete misfit in the role of an alcoholic cop. However, he shines in the sentimental portions between a father and daughter though the portions were only moderately sketched. Actress Nandana Varma has done her part well. While actor Irfan Mohammad has given his best in a feebly developed character. The rest of the cast has not much to offer to the plot.

On the whole, if the director had focused to cook the entertainer as a complete crime thriller instead of forcing a message in to it and had chopped off all unnecessary melodramatic portions, Rajavukku Check might have worked.