Actor Ashok Selvan has demonstrated his proficiency in script selection. He is that kind of actor who has a thing for trying out different roles within his zone. Even with Vezham he tries to do the same. The film is about a couple, who on their romantic getaway in a hill station, fall prey to a serial killer who kills the girl sparing the boy, who seeks retribution after convalescing. Actor Ashok Selvan who was last seen in the comedy horror drama Hostel is back on screens with his romantic thriller flick Vezham. Actresses Janani and Iswarya Menon have essayed the female lead roles in the movie. So, how has the romantic thriller Vezham come out? Does it have enough juice in it to get the attention of the cinema crowd in the state? To know that let us get into the movie review. 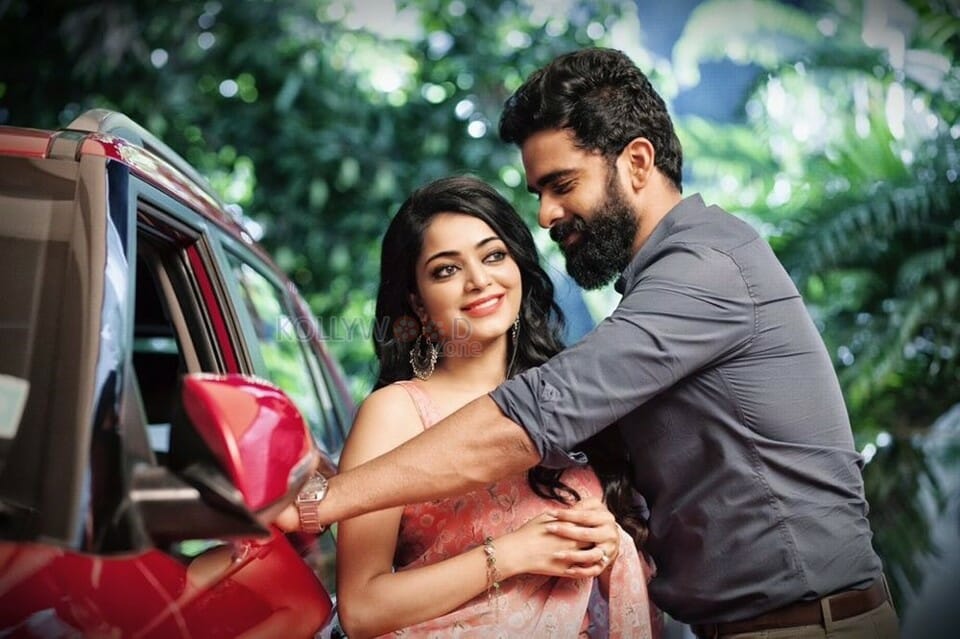 The film follows the life of Ashok Chandrasekar (Ashok Selvan), a young man who is head over heels in love with Leena Joseph (Iswarya Menon). Vezham opens with a chain of murders in the Nilgiri hills. There is a pattern in the killings which confirm the presence of a serial killer operating in town. Meanwhile, Ashok Chandrasekar and Leena Joseph are on a romantic getaway in Nilgiri hills. After a cozy romantic number, on their way back home in a motorcycle they come across an abandoned car in the middle of the road. Before they could make sense of the situation, someone throws a heavy blow on the head of Ashok Chandrasekar and tosses a piece of cloth over his face.

Fast forward, five years later we learn that Ashok Chandrasekar has survived the incident but it has claimed the life of Leena Joseph. We witness a traumatic Ashok Chandrasekar who has not moved past that horrific event in his life. His very purpose of existence in life is to find the killer and extract revenge. But he has no clue or whatsoever on the killer except for his voice, that spoke to him during the incident, “Gammunu irundha uyiroda iruppa.” For years on end, he goes to the spot and keeps investigating the crime on his own. Will Ashok Chandrasekar be able to nab the killer with just the memory of his voice and avenge the death of his loved ones, is what makes the rest of the flick.

Thrillers are a tricky business. It is quite easy to deploy the mystery element in the plot, and have the audience in the hook by keeping them in the dark. But the trick is to plant the twists at the right point organically and unlace them at the least anticipated moment to give that adrenaline rush to the audience for which they signed up for. With Vezham director Sandeep Shyam attempts to implement this modus operandi to the T. The plot of Vezham is nothing new to Tamil cinema. The antagonist beating up the protagonist, hacks the heroine to death. Upon convalescing, the hero goes after him. Probably the plotline of almost every film with a revenge angle, right? But it is the treatment that makes or breaks the film. Director Sandeep Shyam tries to infuse some novelty into that plotline. His lead character is obsessed with revenge and has it as his life’s only mission to find and kill the murderer of his lover. Nothing else matters to him.

A better characterization would have made the role even more intriguing and supplemented to the emotional magnitude of the script. But that prospect is squandered. Director Sandeep Shyam wants his film to be a smart thriller. Unfortunately, to accomplish that he is not ready to break a sweat. He indulges in lazy and convenient writing.  For example, Ashok Chandrasekar who does not even have any hint about the killer comfortably comes across him in a tea shop where he stops arbitrarily, and a character seems to vividly remember a person that he saw in the dark five years ago. This kind of lethargic writing repels the invested audience. When Vezham gets to the final act film maker Sandeep Shyam deploys a couple of potent twists in the tale that do take us by surprise. If he had used half of this cleverness in the build up to the final act, Vezham could have been a solid thriller.

Actor Ashok Selvan is solid as Ashok Chandrasekar. He pulls off the character’s transition from a soft chocolate boy to an aggressive revenge seeking man effortlessly. With every film he is getting better as a performer. Actress Janani’s part does not have much room to perform. But the actress does justice to the role. Actress Iswarya Menon does her part well in the extended cameo appearance. Actor Mohan Agashe is functional. Actor Kitty serves the purpose of being on board. Veteran actor Sangili Murugan makes his presence felt even in a short screen time. Actor P. L. Thenappan is adequate. The rest of the cast has delivered what was asked of them.

On the technical front, except for singer Shakthisree Gopalan’s ‘Meendum’ number, music director Jhanu Chanthar’s songs do not stay in our memory. However, he adds value to the film with his chilling background score. Cinematographer Shakthi Aravind has placed his cameras at the right spot to bake the thrill effects. Editor Krishna Karthik compliments the work of his colleague with his scissor work.

On the whole, director Sandeep Shyam’s Vezham has us glued to its world until a point after which it tests our patience a bit before taking us by surprise in the end, and sends us home in a not so bad mood.

Second Look Poster Of Bharath’s Miral With Vani Bhojan Is Out!