Tamil cinema which had witnessed a rush of women centric dramas in a short time few years back is gradually becoming dearth of them. To add hope to the fading trend comes actress Hansika Motwani’s Maha. The film is about a young mother who seeks answers to the death of her child in the hands of a psycho killer. Actress Hansika Motwani who was last seen in Tamil in the action thriller 100 is back on screens with a lead role in the crime drama Maha. Director U. R. Jameel has helmed the flick. So, how has the crime thriller movie Maha come out? Will the women centric drama help bring actress Hansika Motwani to the winning zone and attract more women centric projects her way? To know that let us get into the movie review. 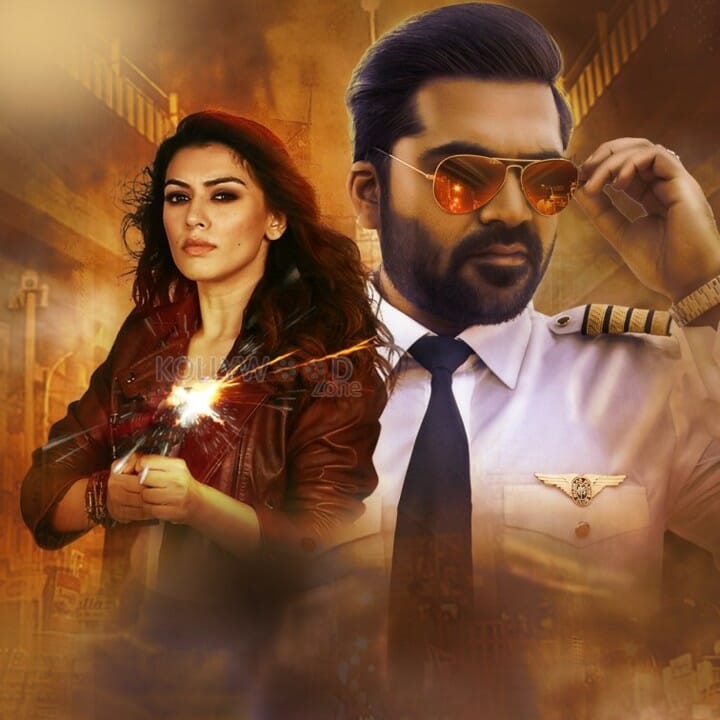 The film follows the life of Maha (Hansika Motwani), a widowed mother and her struggle to get justice for the death of her child. Maha opens with Maha complaining to her boyfriend Malik (Silambarasan) about a few men harassing her. We have the mass hero introduction. We witness Malik breaking the bones of those men and sending them flying. Then the film cuts to a murder scene, where a woman lay unconscious in a pool of blood. Couple of underage kids get murdered in quick succession. ACP Vikram (Srikanth) begins his investigation on the case with the assistance of inspector Alex Pandian (Thambi Ramaiah). A medic tells him that the murderer could possibly be a doctor as he has enough medical acumen to erase the semen without any traces after raping the victim several times. Meanwhile, Maha’s daughter Aishwarya aka Aishu (Manasvi Kottachi) who has gone to school has not returned home. A perplexed Maha seeks help from the cops. Eventually, she gets informed about the death of her daughter.

Days go by, but the cops do not seem to have a clue about the case. Maha tries to know the situation of the case and find out what happened to her daughter. She reaches out to the cops only to be treated with negligence. Being cornered, she decides to go looking for answers on her own. The case takes a turn, when Alex Pandian’s granddaughter is abducted. Alex Pandian’s daughter goes to an abandoned building to pay the killer and retrieve her daughter. In the building the killer takes the money and attempts to flee. But ACP Vikram gets hold of him. He pulls off his mask, and to his surprise it’s Alex Pandian himself. In the parallel plot, Maha bribes a cop to get details about the case. She learns that the CCTV footage taken from her home has been forged. Will Maha be able to find out what happened to her daughter, does Alex Pandian have anything to do with these murders and abduction, and what will happen of his granddaughter, is what makes the rest of the flick.

Maha is futilely ambitious. It aims to depict a painful tale of a mother who loses her child to a gruesome crime. To sell a plot with such depth, it requires solid writing. Unfortunately, director U. R. Jameel is not the one with a creative pen. It seems like he had a checklist of things that his story must have. A typical checklist drawn out from formulaic mass action Tamil films. A mass hero introduction, romance, mother sentiment, injustice unleashed on innocents, and the lead character triumph in the end defying all odds. Maha ticks all the boxes. But it does so in an unnatural way. Not allowing us to connect with its characters and feel them emotionally to be able to root for them. When Maha could not get this simple basic right, it did not take long for it to lose its stream.

Needless romantic numbers add to the plight of the film. When there is a murder case to solve, we are made to sit through song sequences that do not even elaborate on the relationship that its lead characters share. Also, Silambarasan’s character looks like it was shaped initially for a short run time. But then seems to have gotten an extension. Director U. R. Jameel makes the character come across as a preacher of all things good. An example character on how a human being should lead their life.

Actress Hansika Motwani tries too hard to make an impact as a performer. Her effort is apparent throughout the film making her performance seem unauthentic. Maha stands as a clear corroboration that actress Hansika Motwani still has a long ground to cover before she could shoulder a film on her own. Actor Srikanth serves his purpose of being on board. Actor Sujith Shankar has done justice to his part. Actress Manasvi Kottachi is adequate. Actress Nanditha Jennifer is functional. Actors Thambi Ramaiah, and Karunakaran have nothing much to offer to the audience. They are not the ones to be blamed. Their characterization does not offer space for them to perform. Actors Silambarasan, Mahat Raghavendra, and Sanam Shetty make their presence felt even in a short screen time. The rest of the cast has delivered what was asked of them.

On the technical front, music director F. S. Faizal’s songs are not inspiring. The copyright free tracks available on the internet are very enjoyable these days. Even his background score does not add any value to the flick. Cinematographer B. L. Sanjay’s camera work is middling. His visuals are literally very poor. Editor S. P. Ahamad has failed to trim out the shortcomings in the work of his colleague.

On the whole, actress Hansika Motwani’s Maha lacks imagination to deliver what it wants, and turns out to be a forgettable drama not just for the audience but also for the cast and crew involved.