Director Pandiraj is struggling as none of his movies got a release. He expects release of Pasanga 2 from month of September. But the chances are bleak every time. Pasanga 2 is produceded by Surya’s 2D Entertainment. Bindhu Madhavi and a new face has done the lead role along with Surya and Amala Paul. As we reported earlier, the story is about children who are affected with Attention deficit hyperactivity disorder (ADHD). KL Praveen is the editor and Arrol Corelli scores the music. Has the movie lived up to its predecessor’s ? Let’s take a look at this review. 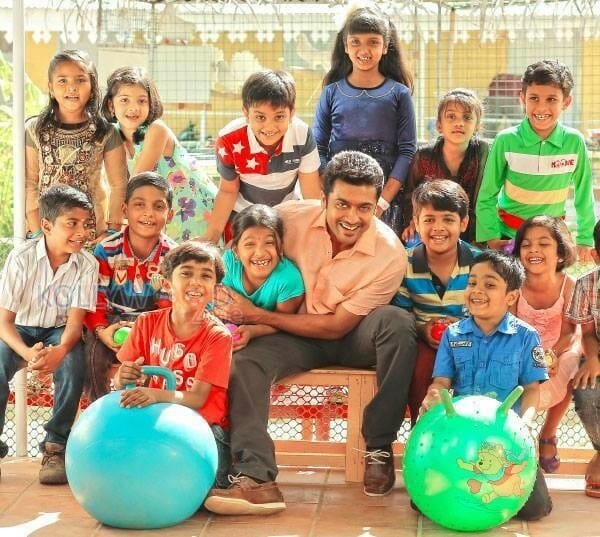 So the first edition was a blockbuster and we expect the same for the second edition too. But the movie is not so good as the predecessor. It is emotional and speaks well about the ADHD kids. But still lots of preachy dialogues spoil the party. The focus is here are two kids who seek attention from their parents. But there are preachy dialogues about schools, educational system, teachers, parents and what not. The most important thing was to show how one much show love on these kids rather than complaining about everything around you.

Surya and Amala Paul are showing their faces close to interval. One should also understand the fact that the intensity was missing. How did Aamir’s Taare Zammen Par worked wonders at BO? The focus is what lacking in Pasanga 2. Even though most of the dialogues were preachy they were also hard hitting. The movie has a couple of scenes that brings tears in your eyes. But the same emotions was failed to carry throughout. That is the bitter truth.

Music was really good and so does the cinematography. Editing could have been a bit crisp as the film dragged a bit here and there.  The show stealer was the two kids Kavin and Nayana. They were absolutely outstanding. Apart from them, the next person to score was Munishkanth. He pulled the whole movie with his comedy. Karthik, Bindu Madhavi were also good. But they never bought more stability.

Overall, ‘Pasanga 2’ is heart warming, but lacks the focus!