Vada Chennai brings back the dream combo of Vetrimaran and Dhanush together after ‘Aadukalam’ and ‘Pollathavan’. The first part of a Trilogy gangster saga and the expectations are soaring high. So, is the movie good? Has it satisfied the expectations? Let’s see in this review.
The movie revolves around Anbu (Dhanush) who is a carrom player and he is a carefree guy. He always dreams of being a National level player and he falls in love with Padma (Aishwarya Rajesh). But life changes as Rajan (Ameer) enters his life and his death causes a change in his life and he becomes a gangster.
Now, he has to complete Chandra’s (Andrea) revenge mission for the death of her husband Rajan. Dhanush is now forced to fight against the bad villain Samuthirakani. Who emerged victorious is what the movie is all about. 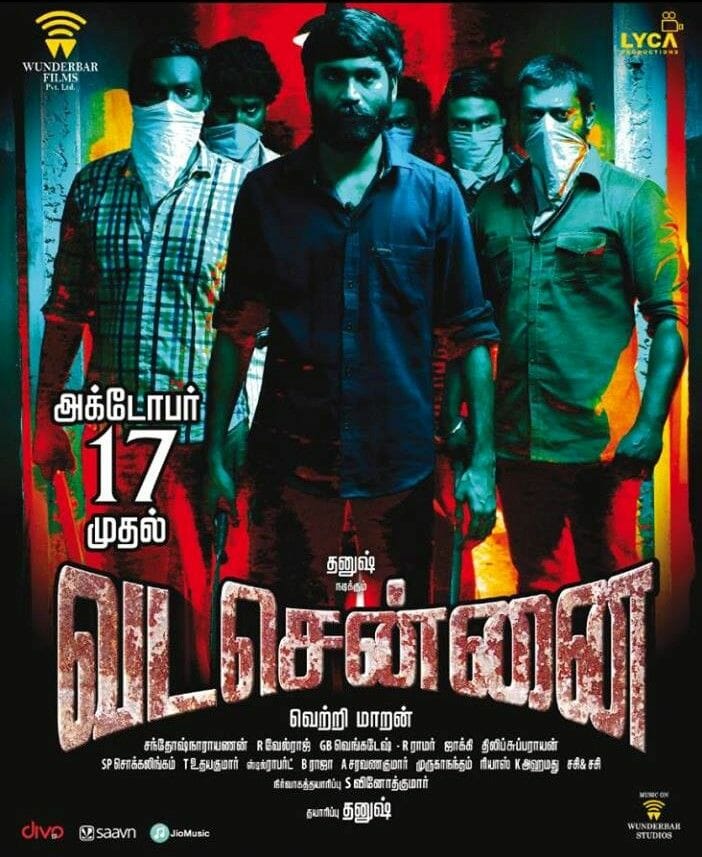 Dhanush once again proves he is a National Award winner. He scores as a youngster and a gangster later on. His body language is effing perfect. His VadaChennai dialect is so good. Andrea scores high after Dhanush.
She excels as the daring girl. Ameer is adequate and his character changes the story. Samuthirakani, Daniel Balaji, Kishore are bringing more spice to the story. The BGM by Santosh Narayanan is really spine-chilling and it gives an eerie feel and it soothes during romantic portions.
GB Venkatesh editing is perfect and the cinematography is brilliant by Velraj.  Vetrimaran has proved that he is the master in writing the screenplay and we are sure he will bag more National Awards this time too.
Overall, a perfect gangster drama which sets up the tone for sequels!
previous post