Raghav (Gautam Karthik) is having a happy life with his father Mr.Chandramouli (Karthik). As per Tamil Cinema’s unwritten rule, he falls in love with Madhu (Regina Cassandra) at first sight. And he stalks her and makes her fall for it. At the same time, Raghav gets into a tussle with Azhagar (Mahendran) and Vinayak (Santhosh Pratap) and faces irreversible damages.
How he gets his revenge is Mr.Chandramouli all about! Seriously, We wonder how do people like Director Thiru even exist. His past 3 movies showed his mentality. Raghav is a boxer, Madhu is an App-developer and Azhagar, Vinayak own their own cab service companies and the movie revolves around the crimes that happen in cars. 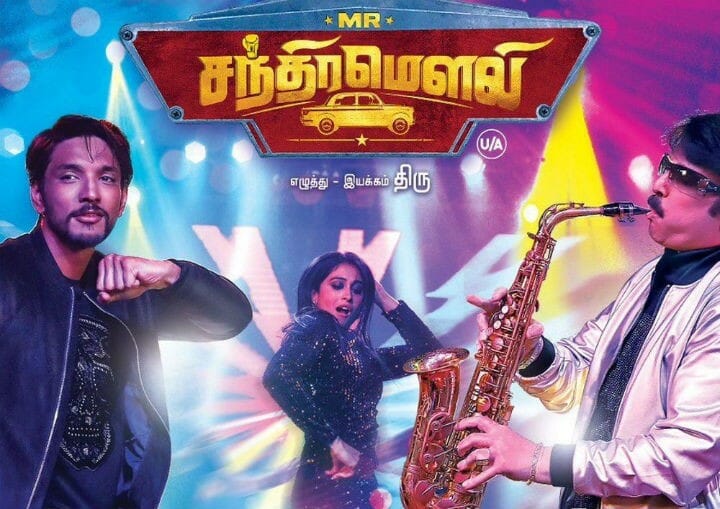 Thiru proves Madhu is an App developer by showing that exactly in 2 scenes. Such an educated woman falls for a guy when he stops following her and she asks “Why you stopped following me?” Seriously Thiru… You need some counseling!
At the same time, we also have another ‘Open-Ended’ relationship between Chandramouli and Bhairavi (Varalaxmi). On the positive side, the movie has two interesting action scenes but that’s not enough for the damage control. Editing is okay. Songs are totally unwanted and act as barricades.
Overall, Another crap fest from Dir Thiru and Gautam Karthik!
You might also like
Gautham KarthikMr ChandramouliReginaVaralakshmi
previous post