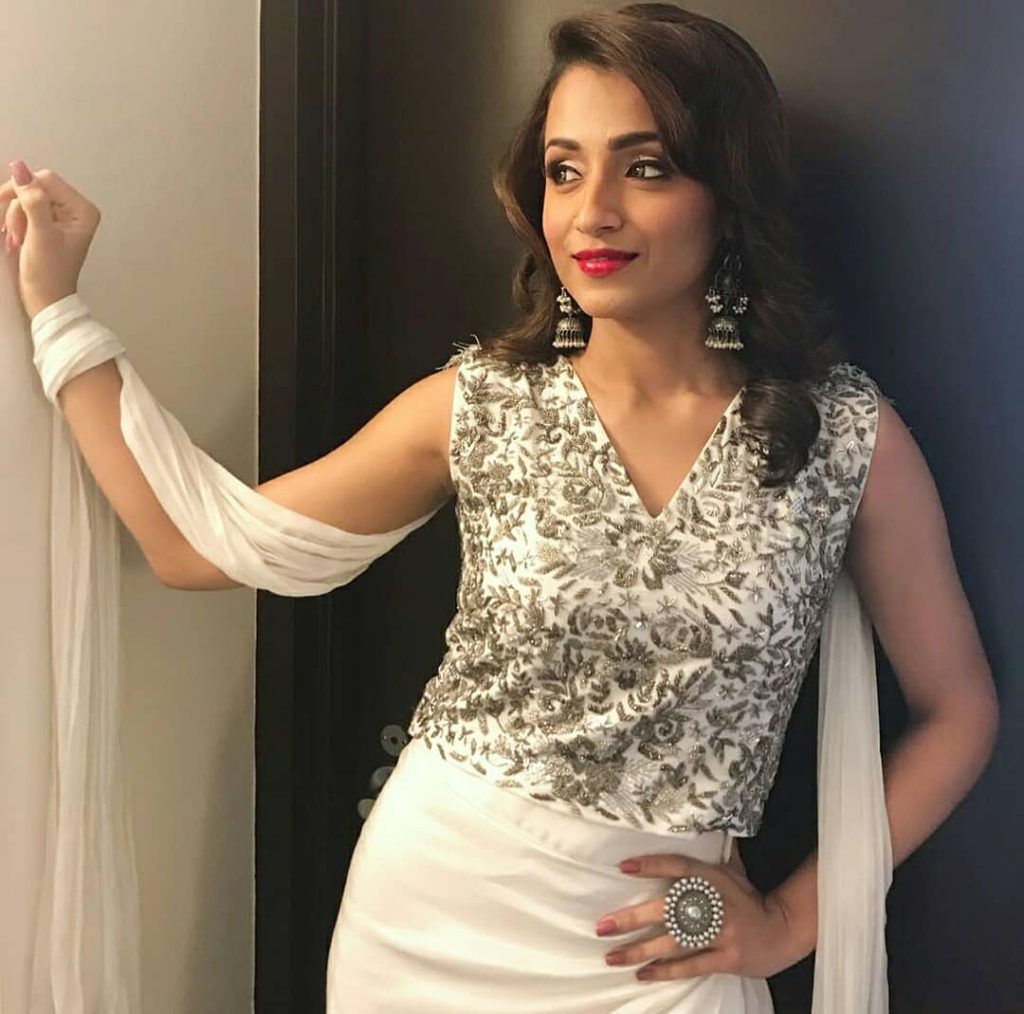 The Tamil beauty Trisha had made her Malayalam debut earlier this year, with the Nivin Pauly starrer Hey Jude, directed by the talented maker Shyamaprasad. Now, Trisha has received the best actress award for her performance in Hey Jude, at the North American Film Awards event. Dulquer Salman had received the award for the most popular actor at NAFA. This event was attended by the most popular and happening stars of Malayalam cinema like Trisha.

Dulquer Salmaan, Manju Warrier, Tovino Thomas, Singer Vijay Yesudas, Parvathy, and many others, and the gala event was a grand success. It should be noted that Trisha has a huge market value in Malayalam film industry too. The makers of ‘Mohini’ have now decided to release the movie in the Malayalam language on a parallel note capitalizing her market value and stardom.