This week’s new release ‘Evanukku Engeyo Macham Irukku‘ is an unabashed adult comedy film. The film fails to charm audiences with its sloppy writing. It is a movie that loves to parade its adult comedy identity, yet failed to achieve the same despite the freedom the pink ’A’ certificate allows. 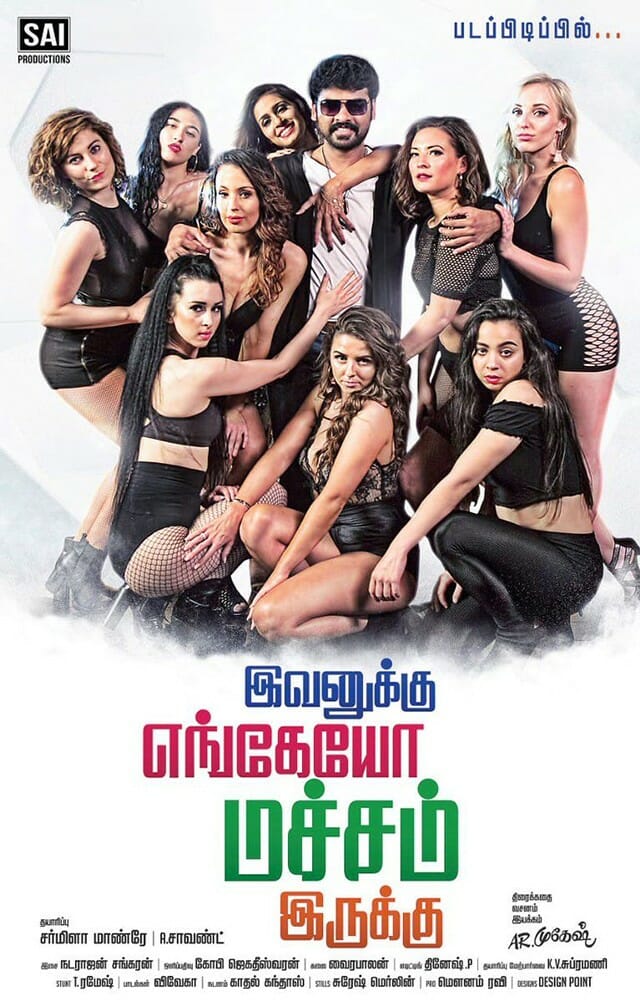 The movie is all about two men Hari (Vimal) and Giri (Singampuli) who work in a pharmacy by daytime and are small-time robbers by moonlight who love to steal things of insignificant value. The first half of the film is all about their modus operandi, which is quite interesting, as they do not steal anything valuable, but only smaller items, like soapboxes, mosquito bats, and talcum powders, which they later sell for a decent money. This keeps them away from the watchful eyes of the Police Department.

The backstory of the main characters is that: Hari previously worked as a waiter in a London pub, but fled the place to escape the sexual advance of a British woman (Miya Rai Leone); Giri’s wife has run away with someone. During one of their heists, they differ from their own agenda by stealing some cash. They manage to escape, but soon, trouble brews.

The second half of the story is all about how they escape from the clutches of a cop (Mansoor Ali Khan) who is the actual owner of the money; a local ruffian (Anandaraj) who is after the drugs; the family of Hari’s lover Surekha (Ashna Zaveri) who wants to kill him for having a relationship with their daughter’ and the woman from London who wants to be with Hari.

Though one can say that the Director has failed to deliver the comedy element throughout the film, there were few instances where the jokes are really funny. The natural performances of actors like Anandaraj, Vimal, and Singampuli make the film passable.