Venkat Prabhu who is popular for his extremely entertaining and youthful movies is ready with his next multistarrer film ‘Party: A Venkat Prabhu Hangover’ which includes an ensemble star cast like Jai, Shiva, Jayaram, Sathyaraj, Ramya Krishnan, Kayal Chandran, Regina Cassandra, Nivetha Pethuraj,  Sampathraj, Sanchita Shetty, and Nasser. The movie is produced by Amma Creations T.Shiva has been censored and a U/A certificate is awarded for the film by the CBFC. 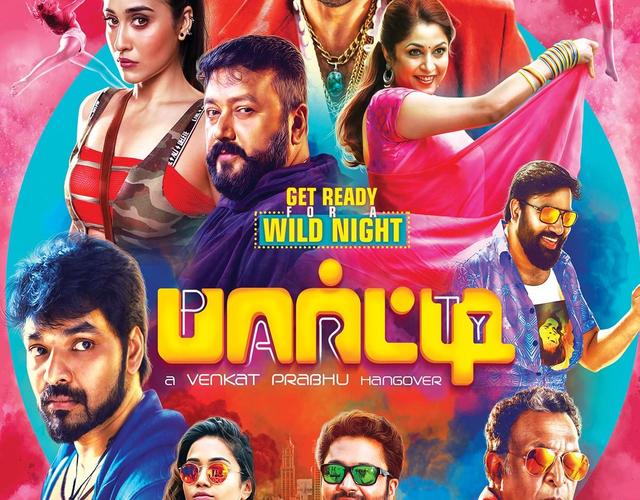 The audio rights for the movie has been obtained by Musik 24*7. The music for ‘Party’ is composed by Actor Premgi Amaran who has also composed music for the upcoming production venture of Venkat Prabhu ‘RK Nagar’. Praveen KL takes care of the editing and Rajesh Yadav the cinematography. The music album of the movie has amassed some good fan following especially the track ‘Kodi Mangani’ which was sung by veteran singers SPB and Chitra.