After the release of his first production movie ‘Pariyerum Perumal’, Director Pa Ranjith is all set for his second production, which will be directed by Athiyan Athirai and will star ‘Attakathi Dinesh’ and Big Boss 2 Title Winner Riythvika in the lead roles.

Riythvika made her debut in Director Bala’s Paradesi and made a breakthrough with her natural performance in Director Pa Ranjth’s ‘Madras’. She notable appeared in movies like ‘Kabali’, ‘Irumugan’, ‘Oru Naal Koothu’, and ‘Onaaigal Jakkiradha. She is currently working on projects like ‘Odavum Mudiyathu Oliyavum Mudiyathu’ and an untitled biopic of actor and former C.M of Tamil Nadu “MGR’ where she plays the role of MGR’s wife Janaki. 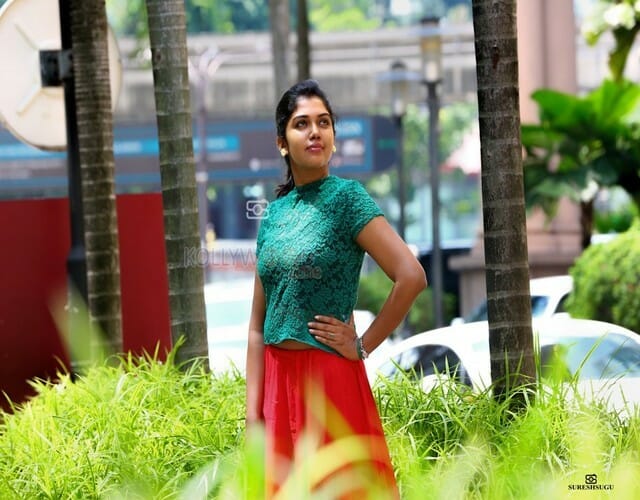 Pa Ranjith made his debut in Kollywood with the movie ‘Attakathi’ starring Dinesh as the male lead. He then worked on mega hit films like ‘Madras’ and box office hits ‘Kabali’ and ‘Kaala‘ with Thalaivar Rajnikanth. Ranjith also entered into productions under the company Neelam Productions and went out to produce well acclaimed Mari Selvaraj’s ‘Pariyerum Perumal’. Kishore Kumar will be the cinematographer for the film while the music is composed by Tenma. The art department will be taken care by Ramalingam and editing by Selva. Anthony BJ Ruban and Stunner Sam will coordinate the sound and stunt department.

Also, Pa Ranjith is also busy with his next movie, making his debut in Bollywood with a biopic based on the story of revolutionary leader Birsa Munda.