Tamil film industry’s famous couple Nayantara and Vignesh Shivan usually make everyone say ‘awww’ with their cute antics. It seems that Us is the favorite destination for the love birds as we can often find them flying there to relax and release pictures of their escapades. This New Year also Nayantara and Wikki (Vignesh Shivan’s nickname by his friends) flew to the renowned city of Las Vegas in Us and without any doubt their cute photographs in Instagram have captured our hearts. 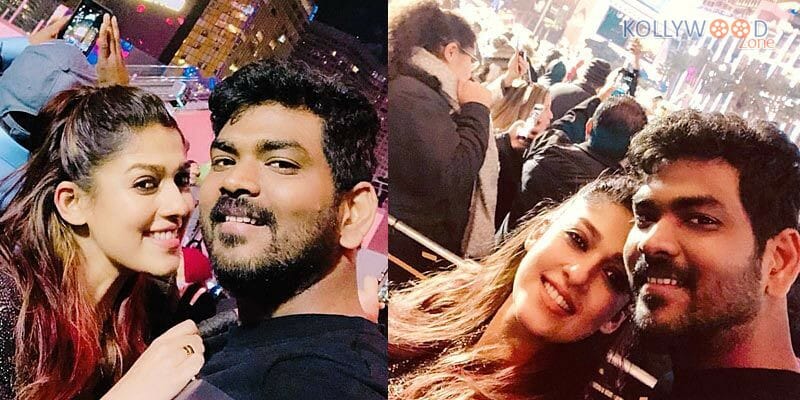 The couple first met during the filming of ‘Nanum Rowdy Thaan’ starring Vijay Sethupathy as the male lead. It is speculated that the cupid struck the pair during the movie and they are rumored to be dating since then.

The year 2018 has been a busy year for Nayantara and she gave commercial success films like ‘Imaikka Nodigal’ and ‘Kolamavu Kokila’. Her upcoming film ‘Viswasam’ co-starring Thala Ajith is set to hit the theatres by Pongal holidays (January 10th). She has many movies lined up for this year, which includes ‘Airaa’, ‘Kolaiyuthir Kalam’, ‘Sye Raa’, and ‘Thalapathy 63’.

Meanwhile, Vignesh Shivan is all set to start the shooting of his new film sometime this year starring his best friend Siva Karthikeyan as the male lead.