Actress Nayanthara opened this year on a positive note with the thala Ajith starrer Viswasam in which she played the female lead role and the venture went on to break many box office records and is said to have outdone the super star Rajinikanth starrer Petta which hit the screens on the same day. Following which she delivered the horror drama Airaa which did a decent commercial business and the Sivakarthikeyan starrer Mr. Local which put on a flow show. Now the actress is gearing up for the release of her next project Kolaiyuthir Kaalam. On the other had actress Jyotika was last seen on screens in the social drama Raatchasi for which the actress received critical acclamations but the flick did not do well commercially as expected. Now the Mozhi star is getting ready for the release of her action comedy entertainer Jackpot. 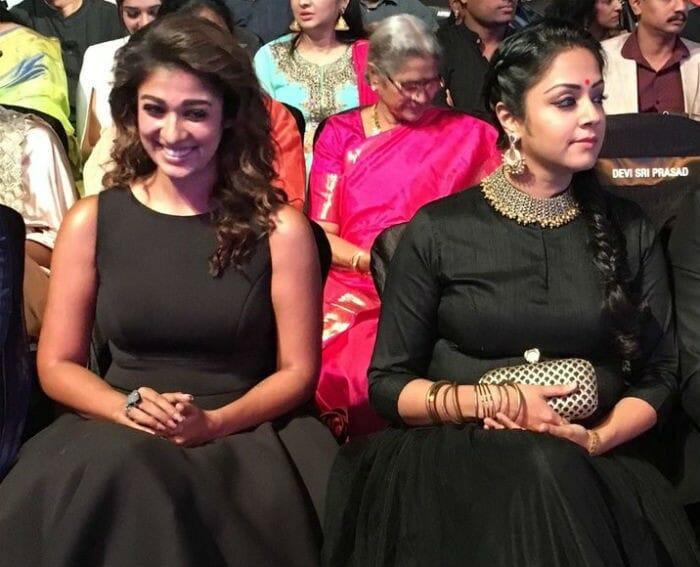 The interesting news about both the projects is that they are going to hit the screens as back to back release. While Jyotika’s Jackpot is slated to come to the theaters on 2nd of August, Nayanthara’s Kolaiyuthir Kaalam will be hitting the screens on 1st of August. This means actress Nayanthara’s Kolaiyuthir Kaalam will be going up against actress Jyotika’s Jackpot in the box office. We will have to wait for a week or so to see who triumphs over whom in the box office collection. Well, this indeed is a healthy competition in Tamil cinema. We have always had top heroes movies clashing at the box office, but this is a new beginning for Tamil cinema and more to come in the line.

Nayanthara’s intense thriller Kolaiyuthir Kaalam was initially slated to hit the screens on 14th of June but had to be delayed as a case was filed over a dispute over the title of the project. But the judgment was ruled in favor of the team and it was announced that the movie will hit the screens on 26th of July. But now once again the release date of the entertainer has been postponed. The reason for the delayed is said to be because of no interested party to buy the flick. The poor business that the Hindi version Khamoshi did is said to affected the business of Tamil version too. Whatever we now have good news that the intense drama will be released on 1st of August. We hope at least this time the film hits the screens as slated.

Kolayuthir Kaalam is scripted and directed by Chakri Toleti of Unnaipol Oruvan fame. Apart from actress Nayanthara, the flick has veteran actor Pratap Pothen, Rohini Hattangadi and Bhumika Chawla who is making her come back to Tamil cinema after a long gap. Rameshwar S Bhagat will be trimming the entertainer. The motion picture is produced by V. Mathiyalagan under his home banner Etcetera Entertainment.

On the other hand, Jackpot is scripted and directed by story teller S Kalyan. Apart from actress Jyothika, the casting of the film includes veteran actress Revathi, Yogi Babu, Jagan, Anandaraj, Mottai Rajendran, and Mansoor Ali Khan playing various other pivotal roles. The musical instruments for the venture will be handled by Vishal Chandrasekhar. While Ananda Kumar has cranked the camera for the film, editor Vijay will be editing the action comedy flick.

‘Thittam Poattu Thirudura Kootam will be fresh and engaging,’ says...