Kollywood actor Vimal is trying his level best to make a successful movie and he want to soar high in the industry. Few weeks back he was seen in Anjala and now he is back in Mapla Singam. It is directed by Rajasekhar and in the movie Vimal has romanced Anjali after Kalakalappu. N.R. Raghunathan is the music director of the movie and the Escape Motion Pictures has made the produced the movie. But sadly the pirated version was released even before the official theatrical release. 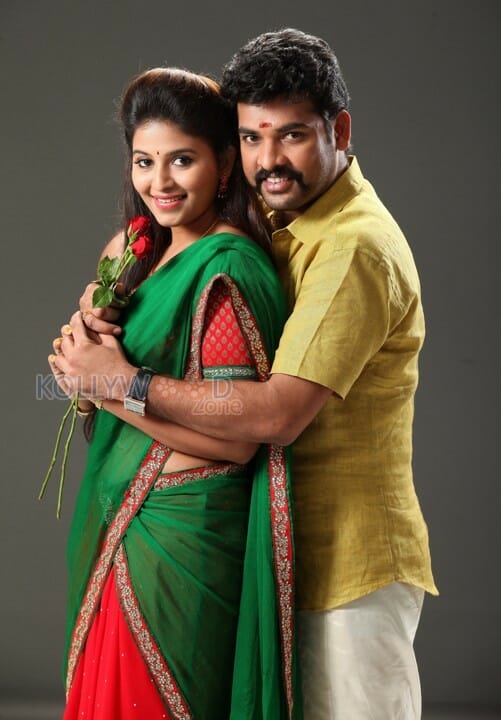 Many actors like Soori, Jayaprakash, Kaali Venkat, Lollu Sabha Swaminathan and others have done supporting roles and we couldn’t remember everyone of them. The movie is based on the story of two families which were fighting for many Years. The director has given some comedy scenes as the traditional way. The hero has few friends and they just try to create laughter with old wine jokes.

Anjali has acted as a lawyer and she romances Vimal. Both of them trying their best to unite their parted family. The songs are not up to the expectations and they are hindrance to the flow of the narration. The director has directed the movie keeping movies like Desingu Raja and Vellakara durai in mindset,

Radharavi has acted as a villain in the movie and his acting is exemplary. He has done his best. In short, this movie is clearly made for B and C centre audience. However due to piracy, the movie may have a hard time at Box-office.