Rashi Khanna debuted in the film industry with her Bollywood film ‘Madras Cafe’. She then went on to act in critically acclaimed movies like ‘Oohalu Gusagusalade’, ‘Manam’, ‘Bengal Tiger’, ‘Supreme’, ‘Jai Lava Kusa’, and ‘Tholi Prema’. She is the talk of the Kollywood town after her back-to-back success movies ‘Imaikka Nodigal’ and ‘Adanga Maru’. 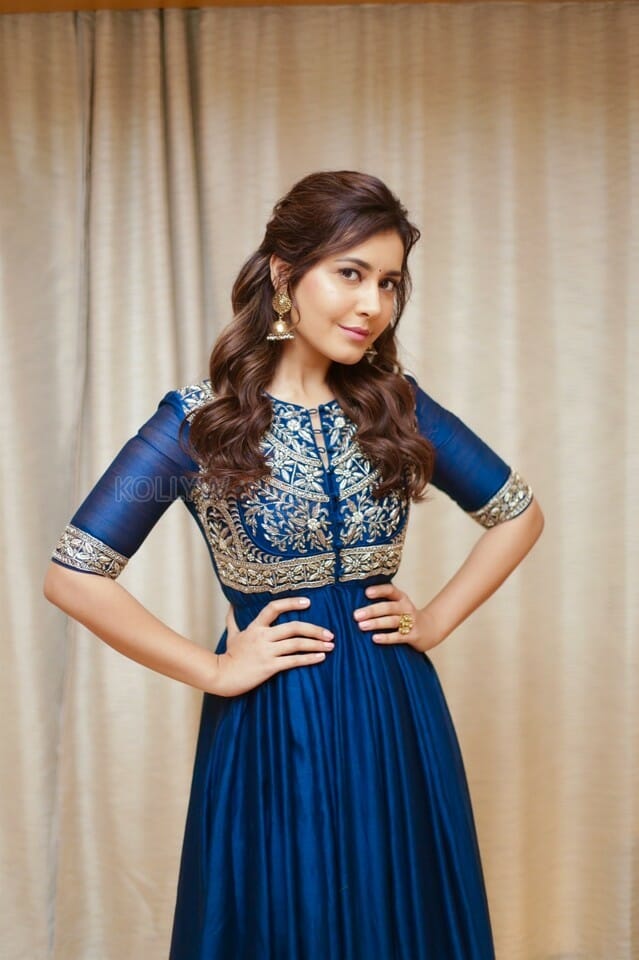 The latest buzz is that actress Rashi Khanna has been roped in to play a lead role in Vijay Sethupathi’s upcoming untitled action entertainer. Recently, she took to Twitter to confirm the news, which says “Very happy to announce my next with one of my favourite actor Vijay Sethupathi Really looking forward to working with the team.. director Vijay Chander and producer Vijaya Productions”.

Nivetha Pethuraj has been roped in to play the role of other female lead in the film with comedian Soori also joining the film. Praveen KL is the editor and Velraj is the cinematographer for the movie. The yet to be titled film is directed by director Vijay Chander, who has earlier directed films like ‘Vaalu’ with Simbu and ‘Sketch’ with Vikram.

On the technical front, Rashi Khanna has two films in her kitty: ‘Ayogya’ opposite to Vishal and ‘Shaitan Ka Bacha’ opposite to Siddarth.