After continuous hit films like ‘Dheeran Adhigaram Ondru’ and ‘Kadai Kutty Singam’, actor Karthi is all set for the release of his most anticipated film of 2019 ‘Dev’. The full music album of the movie was released recently and was well received by the fans. The movie has also been dubbed in Telugu as Karthi has a huge fan following in Andhra Pradesh and Telangana. 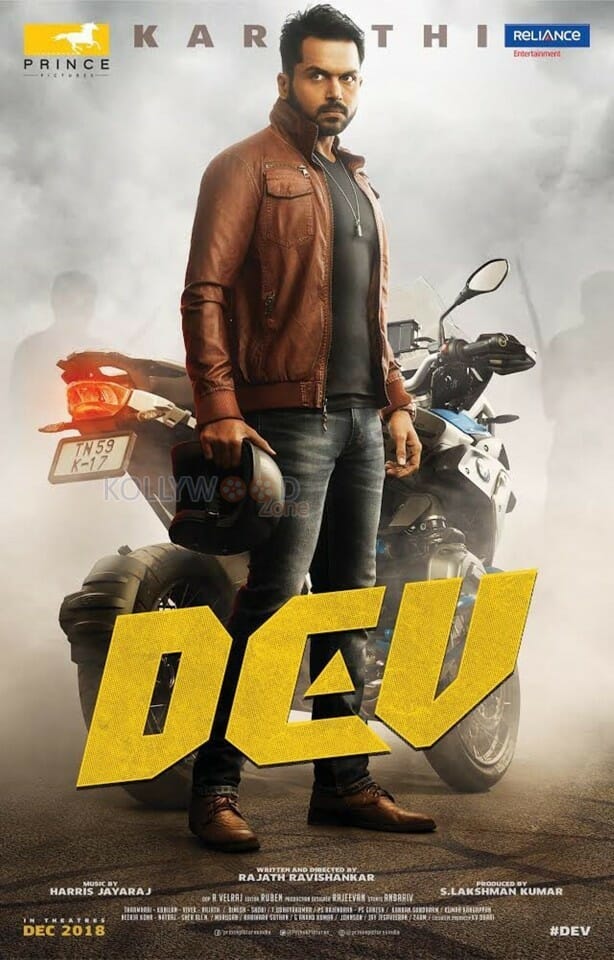 Recently, it was announced that the movie’s Tamil Nadu theatrical rights have been obtained by Murali Cine Arts and the film will be released in February 2019. Now, actor Karthi took to social media to announce that the movie has been given a green signal with a clean ‘U’ certificate and also confirmed that the film will be released on 14th February 2019 on the occasion of Valentine’s day.

The film is bankrolled by Lakshman under the banner of Prince Pictures and the movie is about the life of an adrenaline junkie with a sprinkle of action and love sequences. Considered to be a travel movie, ‘Dev’ is the directional debut of debutante director Rajat Ravishankar. R Velraj is the cinematographer for the movie.