Actress Anisha Ambrose is basically from Vishakapatinam and made her acting debut in the Tollywood movie ‘Alias Janaki’ in 2013, which was bankrolled by Neelima Tirumalasetti. She then went on to act in movies like ‘A 2nd Hand Love’, ‘Run’, ‘Karvva’, ‘Vismayam’, and ‘Vithalacharya’. 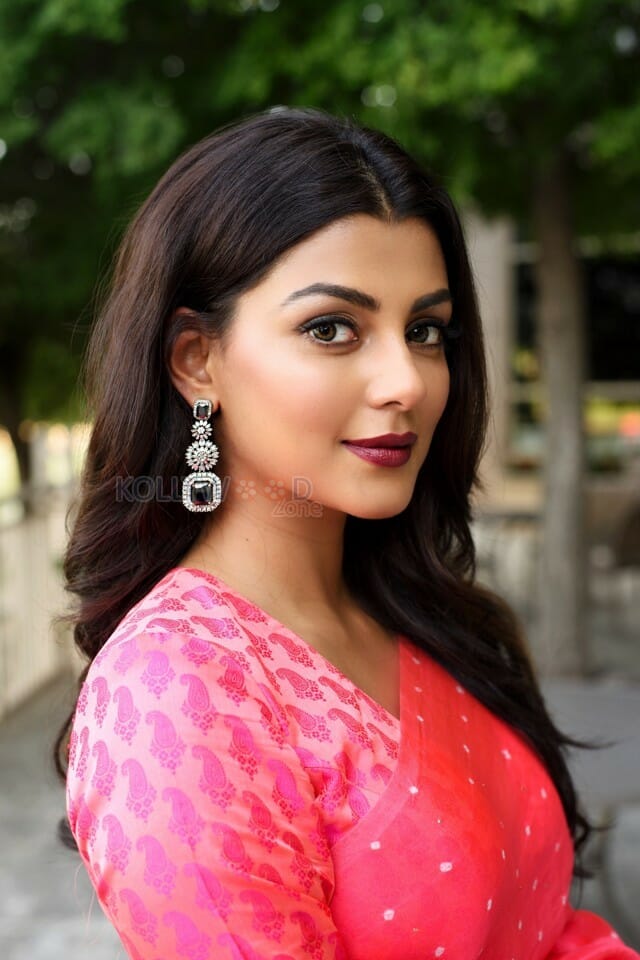 She made her debut in Tamil film industry with the film ‘Vanjagar Ulagam’ opposite Guru Somasundaram. The recent news is that actress Anisha Ambrose is engaged to Guna jakka a few days back. It was a very close-knit ceremony with only family and close friends in attendance. The wedding date of Anisha Ambrose and Guna Jakka is yet to be finalized and will be announced very soon.

On the technical front, Anisha Ambrose will be next seen in the big screens in the multi-lingual movie ‘Seven’ starring Regina, Rahman, Aditi Arya, Tridha Choudhury, Havish, Nandita, and Pujitha in the pivotal roles. ‘Seven is said to be an investigative thriller genre film that is based around seven characters.

The movie is directed by Nizar Shafi, who was the cinematographer for films like ‘Nenu Local’ and ‘Bhale Bhale Magadivoy’. The movie story is written by Ramesh Varma and Chaitan Bharadwaj of ‘RX100’ has scored background music and songs for the film.