Gautham Karthik the son of veteran actor Karthik and grandson of legendary actor late Muthuraman made his debut in Tamil film industry through the ace director Mani Ratnam’s Kadal in the year 2013 but is still on a rough patch to establish a name for himself in the industry. The actor is currently gearing up for the release of his next film Devarattam under the production of KE Gnanavel Raja which was previously scheduled to hit the screens on 12th of April. But the release of the project got delayed due to unknown reasons. 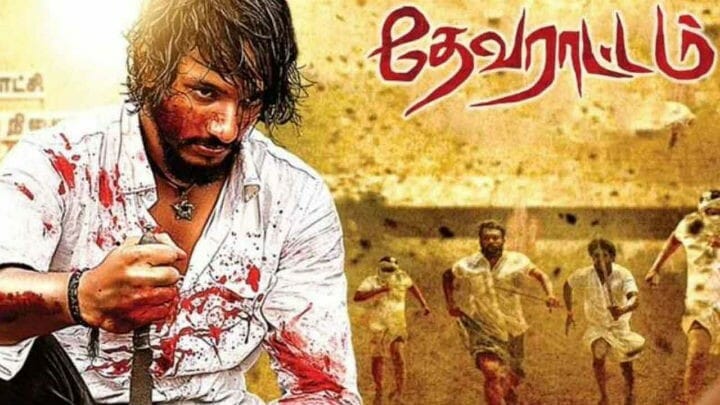 According to a source, the delay of Sivakarthikeyan’s Mr. Local was due to some technical issues in the post production. But Studio Green the production company is getting ready to release Devarattam on the 1st of May. The teaser of the film hit the internet earlier this year and was received with mixed response for the audience. Few days back a single from the movie sung by Makkal Selvan Vijay Sethupathi was released on the social media which had Gautham Karthik and Manjima Mohan dancing in a festival set up.

The film which is directed by Kutty Puli fame director M. Muthaiah has Sakthi Saravanan as cinematographer and will be edited by A. Sreekar Prasad while the music will be composed by Nivas K Prasanna.

Apart from Gautham Karthik and Manjima Mohan the casting of the film encompass comedian Soori in an important role. Gautham Karthik was last seen on screen in Mr. Chandramouli along with his father which left the theaters unnoticed. The actor is desperately in need of a hit to aggregate his stands in the so competitive film market. We will have to wait and see whether Devarattam quenches the actor’s thirst for success.

On the work front, the actor is currently busy shooting for his next venture Theemaithaan vellum under the directorial of Santhosh Jayakumar which will also be produced by KE Gnanavel Raja. The actor also has Sippai in his kitty that will be directed by Saravanan.