Home Kollywood News Motion poster of Pa. Ranjith’s next with Dinesh is intriguing!

Film maker Pa. Ranjith who is known for his social caste based dramas had lastly delivered the gangster saga Kaala with super star Rajinikanth, Samuthirakani, Huma Qureshi, and Nana Patekar in various supporting roles. Currently the film maker is busy with the pre production works of his next social drama Birsa Munda which will also mark his directorial debut in the Bollywood film industry. Apart from directing, the story teller also bankrolls projects under his home banner Neelam Production house. The first production venture under the banner Pariyerum Perumal directed by Maari Selvaraj went on to become a huge hit. Following the success of the first film, the producer announced his second production venture titled as Irandam Ulaga Porin Kadaisi Gundu. Now, the first look motion poster of the movie is out on social media. 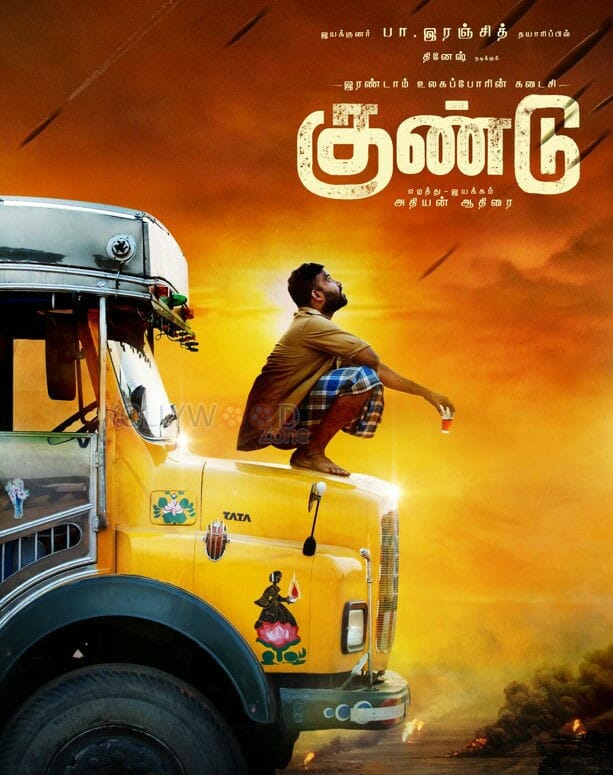 The flick is scripted and directed by Adhiyan Aadhirai, a former associate of Pa. Ranjith and you can clearly witness the touch of Ranjith in the motion poster of the entertainer as well. As the title clearly gives away, the film is set at the backdrop of war where actor Dinesh dons the attire which has the communist symbol on it. This poster is sure to garner the attention of people from the communist party in the state as well as the fans of political social dramas. One more interesting fact about the venture is that the entertainer has been shot in 40 different localities in just a span of 45 days. That is indeed interesting. The shooting for the flick is currently happening in full swing and is expected to be wrapped by the end of November.

Actors Attakathi Dinesh and Munishkanth will be seen in pivotal roles in the movie. The music for the venture will be composed by debutant music director Tenma. The cinematography department of the flick is handed over to Kishore Kumar, while Selva R. K will be taking care of the editing department of the project. Actor Dinesh has not delivered a solid hit project under his name after Oru Naal Koothu which hit the screens in the year 2016. The actor is desperate in need of a hit film to regain his image as a bankable lead hero in the industry. We will have to wait to see whether Irandam Ulaga Porin Kadaisi Gundu gives him the success that he is craving for.

On the professional front, actor Attakathi Dinesh who is gearing up for the release of his next comedy romantic entertainer Naanum Single Thaan directed by R. Gopi, is currently busy shooting for his next adult horror comedy titled as Pallu Padama Paathuka under the directorial of director Vijay Varadharaj in which he will be sharing the screen space with Sanchita Shetty and Oviya Helen. Besides this project the actor has Vaaraayo Vannilaave in his pipeline.

Actress Athulya will be seen playing a different...