Actor Silambarasan is now in complete focus to come out and away from his controversial years of life in the industry. The actor has started to properly come to the shooting spot as scheduled and that too on time for his shoots. The actor enjoyed a massive success in his last outing Maanaadu which hit the screens under the direction of film maker Venkat Prabhu. The entertainer received critical acclamations from the audience and the critics alike. With the winning vibe that the movie bestowed on him, actor Silambarasan had been hosting the Tamil Big Boss reality show with full vigor. The show came to an end with the finale held last week. Now, the actor is back on business. 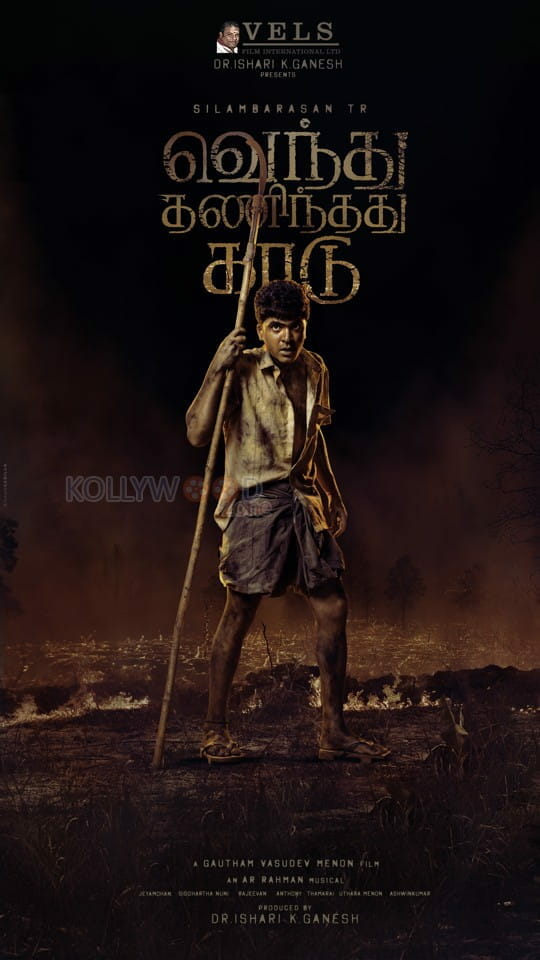 Before going to host the show, the actor had been shooting for his next project Vendhu Thanindhathu Kaadu under director Gautham Vasudev Menon’s direction. Now he has returned to the sets of the film to finish shooting for the drama. The final leg of the shoot has been underway and has been happening in full fledged. It is said that the final schedule of shoot will be wrapped up soon and the flick will go into the post production stage. The production house is in plans to bring the venture to theaters by August. This is exciting news for the fans of the star who had been waiting to catch him on screens. Now they are going to witness him performing on screen once again in a short interval of time.

Film maker Gautham Vasudev Menon and Silambarasan are teaming up for the third time after their classic romance drama Vinnaithaandi Varuvaayaa, and Achcham Yenbadhu Madamaiyada. Their third time association has fans of both of them on wait with high anticipation for the project. Actor Silambarasan underwent a physical transformation for his part in the film which saw him shed 15 kilos. The news raised the expectations sky high.

Popular writer B. Jeyamohan has penned the story for the drama. Apart from actor Silambarasan, the casting department of the flick has actors Siddhi Idnani, Raadhika Sarathkumar, Siddique, Neeraj Madhav, and Aangelina Abraham in various other supporting roles. Oscar recipient musician A. R. Rahman has scored the music for the film. The cinematography department has been taken care of by cinematographer Siddhartha Nuni. Editor Anthony will be handling the editing division of the entertainer. The film is bankrolled by Ishari K Ganesh under the banner house Vels Film International.

On the work front, actor Silambarasan who had a blockbuster release in Maanaadu is gearing up for the release of his next drama titled Maha with actress Hansika Motwani in the lead, in which he has played an extended cameo appearance. The Vantha Rajavathaan Varuven star is currently busy shooting for his upcoming projects Pathu Thala helmed by Obeli N. Krishna in which he will be sharing the screen space with actor Gautham Karthik, and Corona Kumar under the direction of story teller Gokul.

Elli AvrRam Feels Blessed To Be Working With Dhanush And Selvaraghavan!