Ever since actor Santhanam turned hero his success rate has been gradually diminishing. Along with it, nearly all his films get embroiled in some sort of issue, and face massive challenges before they could make it to the theaters. But the actor is persistent in his effort to become a bankable lead hero in Tamil cinema. The Dhilluku Dhuddu actor was last seen in the comedy drama Gulu Gulu which hit the screens under the direction of film maker Rathna Kumar with actress Athulya Chandra in the female lead role. The project ended up being a box office disaster. The Sakka Podu Podu Raja actor has moved from it, and is currently busy shooting for his upcoming venture titled Kick. Kannada movie director Prashant Raj is set to make his debut in Tamil cinema with this drama. Actress Tanya Hope of Dharala Prabhu fame has played the female lead role in the flick. 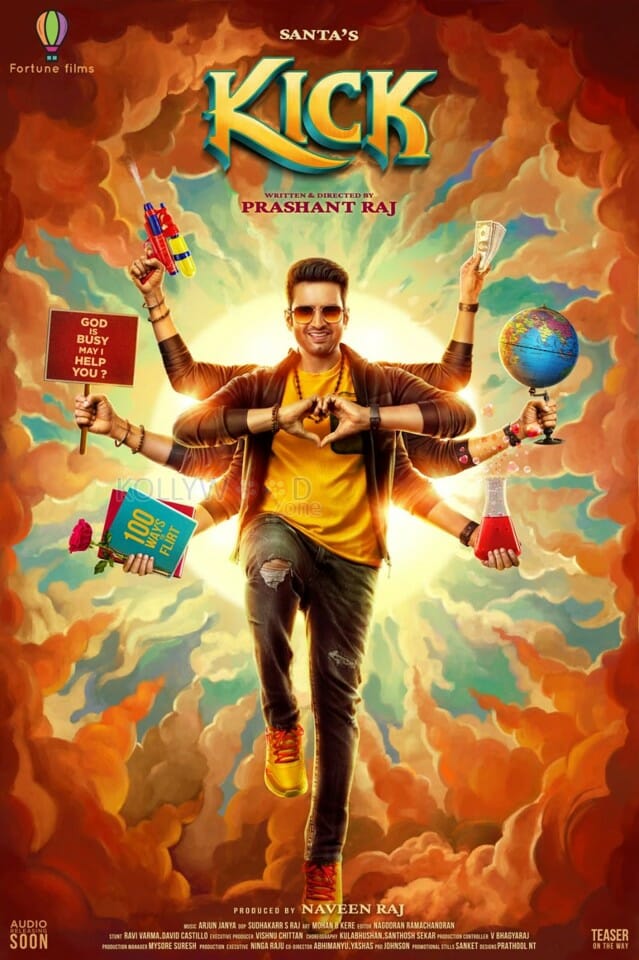 Story teller Prashant Raj has recently sat down for an interview with a leading media house in the state. Speaking about the drama, he said, “The protagonists of the flick will be like Tom and Jerry. Both Santhanam and Tanya Hope work in the advertising industry. They try to make it to the top at any cost. The flick is the game they try to play on each other. We have worked very hard to bring actor Santhanam back to his best. The one-liners he delivers in the movie will be enjoyable.” Explaining what Kick has in stores for the audience, he stated, “I love to do comedy projects. If you see my filmography, they would be based on romance and comedy. Life might present us with many tragedies. It is our sense of humor that helps us deal with any hardships in life. It is with this notion that we have made Kick. It will be highly entertaining to the extent that it would help us set aside our sorrows and sadness for a brief period. I am confident that the audience will love the drama.”

It is said that the production house is in plans to bring the movie to theaters by the end of this year. Apart from actors Santhanam and Tanya Hope, Kick has actors Thambi Ramaiah, Senthil, Kovai Sarala, Mansoor Ali Khan, Manobala, Y Gee Mahendra, Mottai Rajendran, Shakila, Ragini Dwivedi, Vaiyapuri, Scissor Manohar, King Kong, Muthukaalai, Seshu, Cool Suresh, and Anthony in various other supporting roles. Veteran Telugu actor Brahmanandam has teamed up with actor Santhanam once again after Dagaalty. Music director Arjun Janya has composed the music for the entertainer. Cinematographer Sudhakar Raj has cranked the camera for the film. Editor Nagooran Ramachandran will be taking care of the editing department. The project is bankrolled by Naveen Raj under the banner house Fortune Films.

On the work front, actor Santhanam who was last seen on screens in Gulu Gulu is currently gearing up for consecutive releases in the likes of Agent Kannayiram filmed by storyteller Manoj Beedha in which he has shared the screen space with actress Riya Suman, and Server Sundaram which is helmed by filmmaker Anand Balki. On the other hand, actress Tanya Hope who was last seen in Tamil in Dharala Prabhu has Vallaan helmed by director V R Mani in which she has collaborated with actor Sundar C, Golmaal scripted by storyteller Ponkumaran in which she will be seen alongside actors Jiiva, Shiva, and Payal Rajput, and Kulasamy directed by Saravana Shakthi in which she has romanced actor Vemal in various stages of post-production shaping up for release.

Vatsan Chakravarthy: I Got Beefed Up For My...