Written and directed by Gautam Menon, Achcham Yenbadhu Madamaiyada is an action filled romantic movie. The movie stars Simbu, Manjima Mohan and Baba Seghal in leading roles. A R Rahman has composed the music and all the songs have captured the hearts of many. Thamarai has written the lyrics. Gautam Menon has himself produced the movie. Ayngaran International Media has made the distribution work. 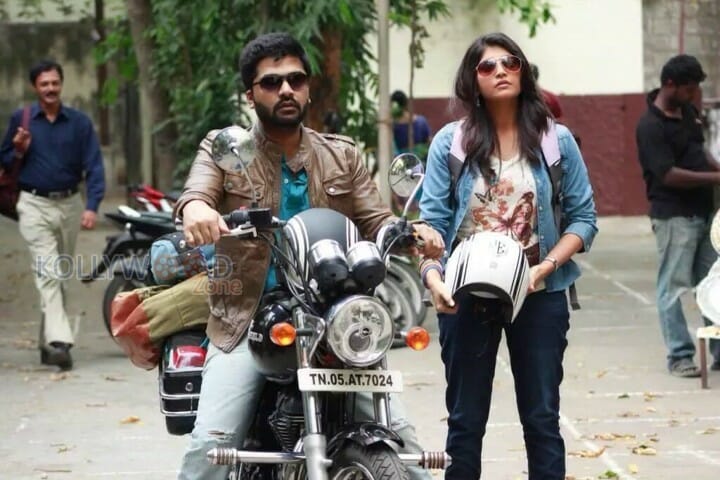 Achcham Yenbadhu Madamaiyada’s story revolves around Simbu – a young, smart and energetic youth who falls in love with Manjima Mohan who is supposed to be his sister’s very close friend. As days goes on he starts romancing Manjima and plans to take her to a long road trip. Meanwhile he faces many challenges and there happens a horrible accident. After that incident everything takes a turn where a gang starts attacking them. The rest of the story is how Simbu protects his lover from the gang.

Simbu has taken major portion of acting. Manjima Mohan has acted excellently. The music and the background scores are awesome. Baba Seghal plays the role as a police officer. Simbu and Manjima Mohan’s chemistry has worked out very well and she has done a decent job to her roles.

The movie has some interesting moments which will definitely impress the youngsters. The climax may disappoint them. But Simbu’s acting skill was phenomenal throughout the movie. The director has brought another superb action filled romance and has captured hearts of many lovers and spinsters. Watch the movie and have a romantic weekend.