Pei Mama is the third horror flick of this month and is the second flick in the horror comedy genre. Earlier this month it was Vijay Sethupathi’s Annabelle Sethupathi followed by Raai Laxmi’s Cinderella. In a way, Pei Mama and Annabelle Sethupathi, more or less has a similar plotline if we neglect the fantasy elements in the latter. A family that is struck inside a haunted house has to deal with the ghosts in it. Actor Yogi Babu seems to be in almost every film that hits the screens at the moment. But of late there is a growing talk that his comedies are not funny anymore. Is Pei Mama comical enough to put an end to those talks? To know that let us get in to the movie review. 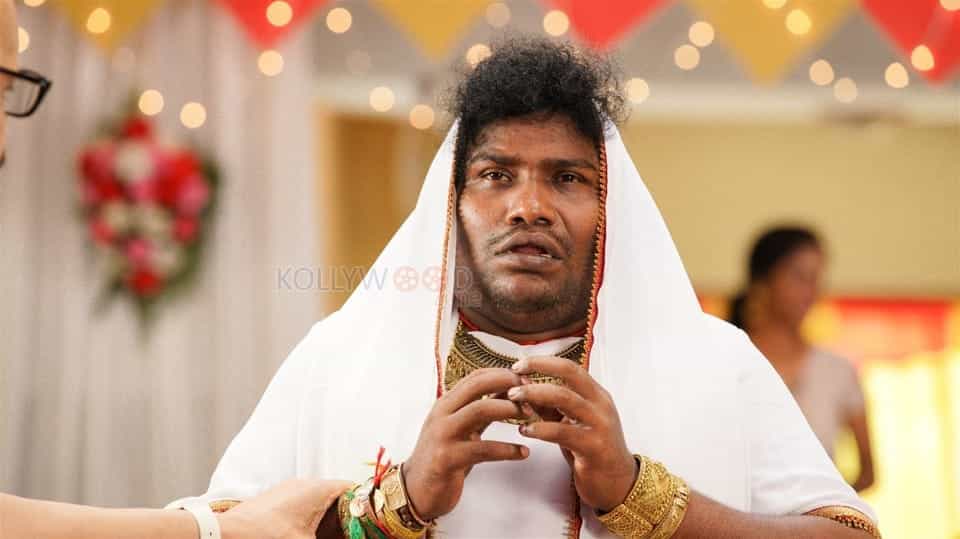 There is a comedy sequence in Annabelle Sethupathi involving Yogi Babu and Taapsee Pannu. Where Taapsee Pannu says, “pudhusu pudhusu uh katha sollatha” to which Yogi Babu replies, “pudhusa yavanma katha solluran, palaya kadhaiya than apadiyae oolta panni pannuranuga. Ena pannurathu?” Even they seem to know that this kind of film making is getting a little out of hand. Seriously, how many films we would have had on the same plotline over the years in Tamil cinema? And how many more are still in the making? Have the story tellers of Tamil cinema lost stream or what? Perhaps, it is the budget favorableness in cooking this type of flick. All one needs is a cast, and a bungalow to wrap up the shoot in under 30 days.

Director Sakthi Chidambaram is a kind of story teller who does not concern himself with the need for a story to make flicks or the logicalities while writing a script. His films have never had a griping story and they just rely on the way he writes his comedies. Maha Nadigan, Englishkaran, Kovai Brothers are example of it. Then there is another facet to director Sakthi Chidambaram which produced utter flops like Viyabari, Rajadhi Raja, and Guru Sishyan. In Pei Mama it is the film maker’s latter facet. Nothing has gone up north for Pei Mama. Right from the opening the movie tries to sell utter rubbish in the pretext of comedy. The sad thing is, it does not even allow a breather time. While watching Pei Mama one could not help but wonder have the director has lost even the bits and pieces of film making traits that was in him.

Pei Mama appears to have been made similarly to how ‘shorts’ video is made on YouTube. Picking random contents that are not your original ideas from here and there and turning them in to a video. It looks like director Sakthi Chidambaram penned down whatever he thought was funny and then put them together to make a run time of two hours or so. Does not Sakthi Chidambaram have assistants? Would not they tell him if the comedies are not funny? Or do they actually think what has been written is funny?

Actor Yogi Babu’s one-liners are getting tedious film after film. The sooner the comedian does something about it, the better it is for the star. Actress Malavika Menon does not have much room to perform. It is disheartening to see actress Kovai Sarala in such a worthless role. Comedians M. S. Bhaskar, Motta Rajendran, and Imman Annachi are all wasted because of poorly written comedy portions. The rest of the cast has delivered a middling performance as well.

On the technical front, it is a totally failure on all departments for Pei Mama. Music director Raj Aryan’s tracks and background scores are in bad taste. They do not even hold our attention for too long. Cinematographer M. V. Paneer Selvam’s frames are middling. Editor Preetham’s scissor works only highlight the poor work done by his colleague.

On the whole, sitting at home and watching YouTube videos for a couple of hours can add more value to our time than dressing up and making it to the theaters to watch Pei Mama.