Natpe Thunai, the second movie of Hip Hop Aadhi has turned out to be a downer for the musician when compared to his previous block buster film Meesaya Murukku. Although the film manages to engage the viewers, it fails to make an emotional connect. Also, the hype created by Meesaya Murukku set the expectations for his second film at high standards, which the film has failed to reach. 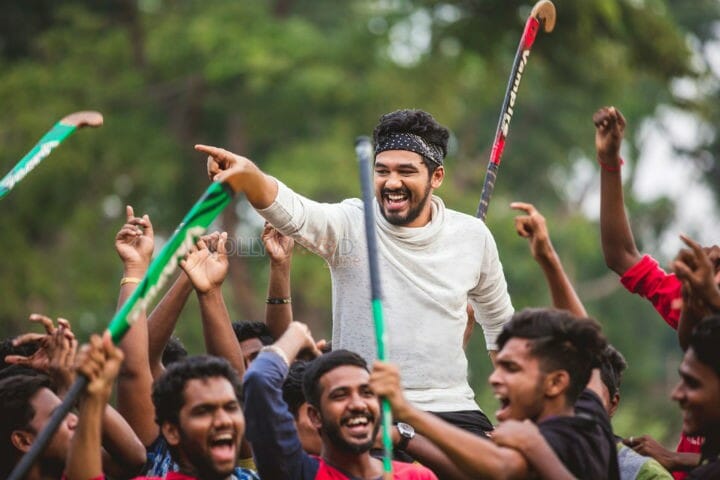 Prabhakaran (Adhi) comes to Karaikal from Pondicherry to reside with his uncle. As it always happens in Tamil cinema the hero meets his heroine there Deepa (Anagha), a hockey team member and falls in love with her. Through her he gets the acquaintance of Shanmugham (Harish Uthaman) a military man and a hockey coach who trains a group of players in a local ground given to them by a former Olympic player.

Meanwhile, a corporate company along with the assistance of Harichandran (Karu Pazhaniappan) plans to bring the ground under their company. Then there comes an emotional flashback revolving around Prabhakaran’s life as a captain of Indian National Hockey U 19 team and narrates what made him to quit the sport.

Now, knowing the threat poised on the ground by the corporate company with the help of the Sports Minister, Prabhakaran decides to join hands with Shanmugham to battle it out with the Sports Minister and the company to retain the ground for the local players. Yes, you guessed that right through a decider hockey match which sets up the climax. Did Prabhakaran save the ground from getting in to the hands of the crooked politician and corporate company makes the end of the story.

It is Hip Hop Aadhi’s attitude and his presence that entertains you throughout the movie. The movie seems to have been completely bankrolled with the idea to use the image of the actor among the young audience. Improper screenplay causes a great hindrance to connect to the film. Many sub plots in the movie makes us helpless but to feel it is taken from certain Tamil movie. Two sub plot lines in the movie clearly indicate the influence of the movies Gentleman and Kaththi in them.

Karu Pazhaniappan, who debuts as an antagonist through this film has done his part in a best possible way as expected. Eruma Saani Vijay also shines in the character offered to him. The actor as expected is not just roped in to fill the comedy portions in the film; he has played a significant role. The debutant actress Anagha seems to be brought on board only for the purpose of being a part of the songs in the movie.

Though the film claims to be a sports film, apart from the last 25 minutes in the movies you do not get to feel the feel of watching a sports film.