Vijay Kumar who delivered Uriyadi the prequel of this movie is again back with a good movie. But there is no connection to the prequel and sequel, apart from Vijay Kumar playing the lead role.

Lenin Vijay (Vijay Kumar) is a youngster who desires to be cool and enjoy life to its fullest. After completing his chemical engineering Lenin is wandering with his group of friends. Along with his desire to be cool in life he develops an anger in him for all the social injustice that he comes across in his life.

After roving around for a while Lenin Vijay and his friends gets recruited by a chemical company that manufactures pesticide, by the assistance of a family friend. The banned company in UK gets sanctioned to function in India with the backing of opportunistic politicians.

Lenin Vijay comes across couple of tragic incidents in the factor one that of a work who dies while on duty and the other one being his very own friend who happens to lose his life in the factory. With these tragic incidents taking place back to back Lenin Vijay discovers that poor maintenance has lead to a leak of MIC (Methyl Isocyanide) and that is the cause of death of both the workers. Immediately he tries to bring this to the attention of his management and when they turn a deaf ear to his complains he reaches out to the politicians and people in the locality. 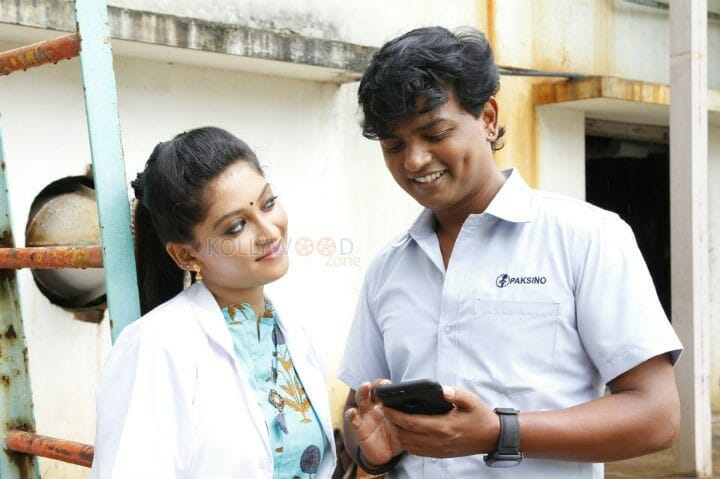 But he later realizes that the politicians are very fretful only about the elections that are around the corner and are making a deal with the industrialist who has his eyes on a copper mining project that is set to be opened in the same locality. In the mean time a big leak occurs and takes away hundreds of lives surrounding the factory. Lenin Vijay sets to seek justice for the demised souls. Will he succeed in his mission to fight against powerful politicians and businessman to ensure justice for the demised is what make s up the rest of the story.

Vijay Kumar is a tailor made character to sit on Lenin Vijay’s role, maybe it is because the actor himself was the one who penned down the role. Till the very last the actor has managed to keep the intensity of the role. Apart from Vijay everybody has played their respective parts well in the film. Govind Vasantha’s background score needs a special mention here as in the crucial moments the music director has given a score that lifts our adrenaline.

As his last film Vijay manages to deliver a powerful social message but as it happens to all political drama the climax goes non pragmatic. Like his previous venture the director has covered the caste based politics and the crookedness of corporate business through some past real life incidents as well as through contemporary incidents.

On the whole, Uriyadi 2 is a bold and honest political film which deserves to be watched in theaters.