Once in a blue moon, budget constrain underdog films perform well due to their brave attempt in coming up with either a refreshing plot or picking a challenging content to talk about. Actor Harish Uthaman’s Ashvamithra was one such film in recent times. But then the most of the other films made on shoestring budget fail miserably. Not only they end up robbing our time but also give us a very bad experience that make us hesitant to try such low budget films in future. Choo Mandhirakaali falls on the latter category. Films with potential storyline flop mostly because of two reasons. Either they do not get a decent budget or lack a proper writer to develop the idea in to an engaging entertainer. It the tragedy of Tamil cinema. 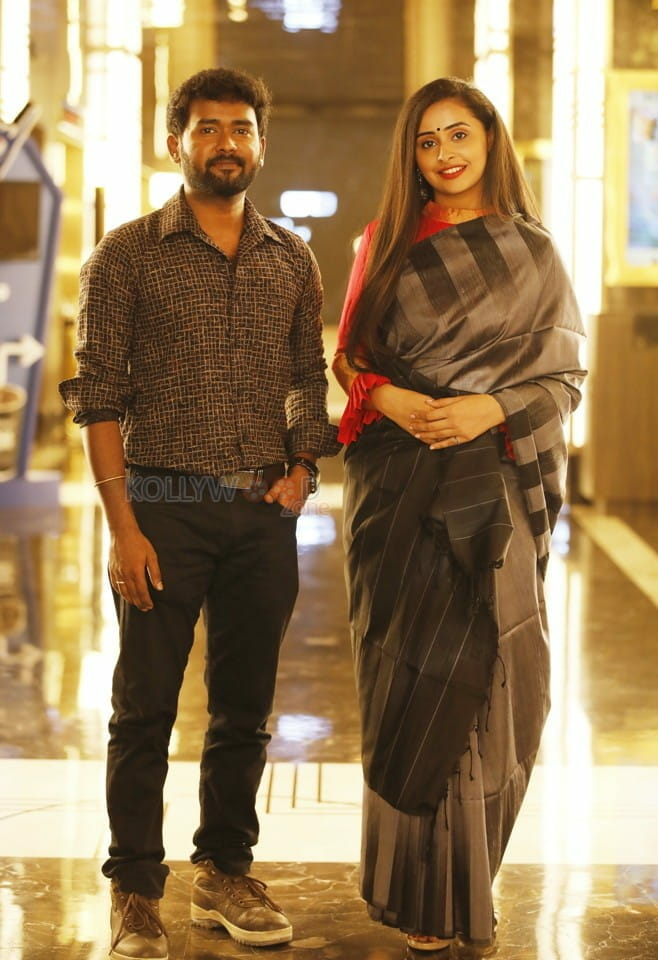 The flick depicts the events that take place in two strange neighboring villages. In a remote village in Tamil Nadu, there is a strange pattern of behavior among the villagers. Jealously drive their actions. Whenever someone does well in life the other wants to pull them down to the gutters. Even within the close kin’s, it is the case. Murugan (Karthikeyan Velu), a young rebellious man is sick of this uncontrollable envy among his fellowmen that is ruining the peaceful existence of the village. He decides to stand up against this idiocy and put an end to it. To further his cause, he plans to pay a visit to his neighboring village. If boundless jealousy is the weirdness of Murugan’s village, his neighboring village enfolds another eeriness within it. People in that village perform Black magic for fun. Murugan’s plan is to bring a powerful black magician to his village to take away the jealous nature among his men.

Murugan and his friend Swaami (Kishore Dev) disguise themselves as a couple and venture in to the village. Once in there, they go up on their mission. Eventually they find out that a woman who goes by the name Sundara Valli (Sanjana Burli) along with her subordinates Aruvi and Kuruvi are the best in the trade of black magic. The moment Murugan sets his eyes on her, he falls for her. Now he must make her fall in love with him and convince her to come with him to his village to accomplish his mission. Meanwhile, Murugan’s cousins come to know of his plan. They would go to any extent to stop such a thing from happening. They device a cunning plan to turn Swaami against Murugan. When they succeed, they move to sabotage Murugan’s efforts to bring Sundara Valli to their village. Will Murugan outdo his cousins and convince Sundara Valli to visit his village, is what makes the rest of the flick.

Director Eswar Kotravai shows a clear intent for nonlinear film making. He has come up with a different concept for his flick. He attempts to build his own world in to which he desires to lure us and offer us a unique cinematic experience. Unfortunately, his desire just remains as a desire. What we encounter on the screen is amateur work across all cylinders. First of which is his inadequacies to pen an engaging screenplay that keep us hooked. How do you make a quirky idea to work? By pushing in something interesting at regular intervals and maintaining the mystical tempo. But we do not see that happening in Choo Mandhirakaali. Another major drawback is the lack of a strong technical unit. For a film that wants to bask on fantasy elements, cinematography and background scores are significant departments as they enhance the quality of the drama.

The place where the story teller scores is in building situational comedies. We wish we had more of that from him. Look for a subplot where a thief who tried to steal in Sundara Valli’s village gets trapped inside the village. He is enchanted by the villagers in to believing that he can find a way out. He goes round and round trying to find a way out. These portions make room for the much necessary comical relief. With a better casting, a little work in the writing department, and a decent budget Choo Mandhirakaali could have been an interesting flick. But deficiency in these has made it a mediocre drama.

Actor Karthikeyan Velu struggles to portray his character convincingly. He is fine in ordinary portions but in emotive portions he is dry of expressions. Actress Sanjana Burli has delivered a middling performance. The rest of the cast has delivered what was asked of them.

On the technical front, music directors Satish Ragunathan and Navip Murugan’s songs could have been better. And the duo’s background scores do not add any value to the drama. Cinematographer J. K. Antony frames are not adequate for a film that wants to be nonlinear. Editor Gokul’s scissor work is just passable.

On the whole, Choo Mandhirakaali is yet another stressor to the fact that directors of Tamil cinema should adapt to having a proper writer to effectively develop their ideas.