Superstar Rajinikanth’s latest movie ‘Petta’, directed by Karthik Subburaj is undoubtedly one of the most expected films of 2019. The movie is bankrolled by Sun pictures and also features Nawazuddin Siddique, Trisha, Simran, Vijay Sethupathi, and Bobby Simha. The past few years have not been favorable to Rajinikanth. After Endhiran, there was not a single movie, which can showcase the mass of Thalaivar. Though Pa Ranjith’s ‘Kabali’ and ‘Kaala’ were hit films, it was more of a director’s film than a Superstar movie. It is true that Rajinikanth is a fantastic actor in certain kinds of roles, like the characters he portrayed in ‘Aarilirunthu Arupathu Varai’ or ‘Mullum Malarum’, but that’s not what made him the ‘Superstar’ in Kollywood. It was action movies like ‘Moondru Mugam’, Murattu Kalai’, ‘Annamalai’, ‘Dharmathin Thalaivan’, ‘Padayappa’, and ‘Baasha’ which made him the mass entertainer that he is today. 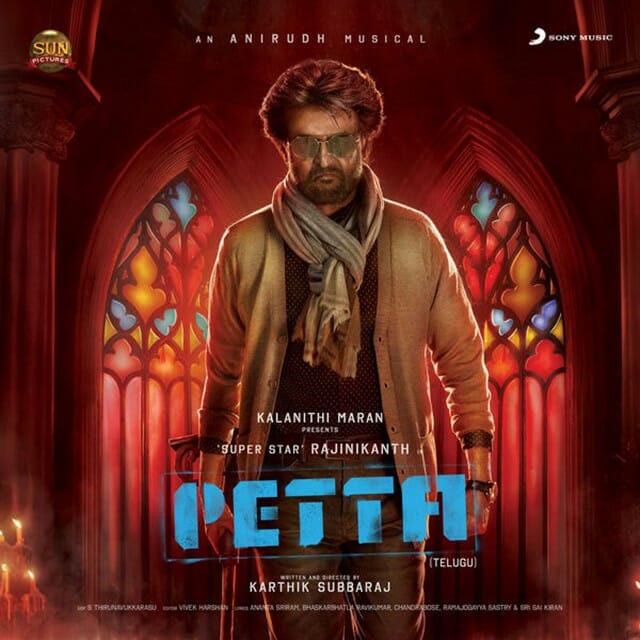 Karthik Subburaj, who is a die-hard fan of Superstar, understands this well. And this why Petta is a hit. The base story of the movie is a revamp of Rajinikanth’s blockbuster hit ‘Baasha’. But the director has incorporated little changes into this story and keeps the movie from turning a predictable one. Rajinikanth plays the character of Kaali, who joins as a hostel warden in a college and solves all the issues on his own playful way. He plays cupid to a couple (Megha Akash & Sanath) and romances the girl’s mom (Simran) and straighten the rowdy boys, headed by Michael (Bobby Simha). But there is more to Kaali than meets the eye. In turn of events, Kaali has to fight Singhar Singh (Nawazuddin Siddique), a politician from Uttar Pradash, and his don son, Jithu (Vijay Sethupathi).

Unlike his recent movies, ‘Petta’ is more of Rajinikanth’s film and Karthik Subburaj has portrayed Superstar in a way that his avid fans have been dying to watch him. In some scenes, we can see that the directer has used the wish list of fans – seeing the comic side of Thalaivar, punch dialogues, action sequences, style and what not. Even the casting of Trisha and Simran, the two heroines whom everyone felt missed doing a project with Superstar, feels the same way.

The fans are highly anticipating that ‘Petta’ will surely be one of the greatest hit films of Superstar. But the movie does have some flaws, mostly the narrative part. It is quite lengthy and takes some time to get going like excessive college scenes, unnecessary songs and also the part of the villains could be written better. But, the film gives us the Superstar we all love, so it is a plus. On the whole, ‘Petta’ sticks to the formula but is surely a fresh attempt to bring back the old charm of Rajinikanth.