The same template of horror pattern to its predecessors sinks Kanchana 3 while Kovai Sarala and Deva Darshini fight hard to do the damage control process.

Actor Raghava Lawrence who put on a flop show in Motta Shiva Ketta Shiva has once again delivered a lackluster film that disrespects the audience’s intellect. It is a loud film with exaggerated scenes designed and developed to propel the actor in to the immortal image.

Raghava (Lawrence) once again plays the nice friendlier youngster who is scared of ghost and does many weird things to keep himself away from ghost. He leads a happy life with his family along with three women until he gets possessed by a ghost. Then as usual the ghost seeks revenge for its unnatural death. To give us a better knowledge about the ghost and the injustice unleashed on it, a flashback is unveiled in which again we get to see Raghava Lawrence (as Kaali) running an orphanage, where we could not help but feel that the actor toils hard to establish his philanthropist nature on audience. Then comes the villain who desires to use the orphanage that Kaali runs to launder his black currency. When he tries to lure Kaali in to accepting the offer he rejects and rebels. Then as customary, war begins and did Raghava help Kaali to succeed in his attempt to avenge the person responsible for Kaali’s death is what makes up the story. 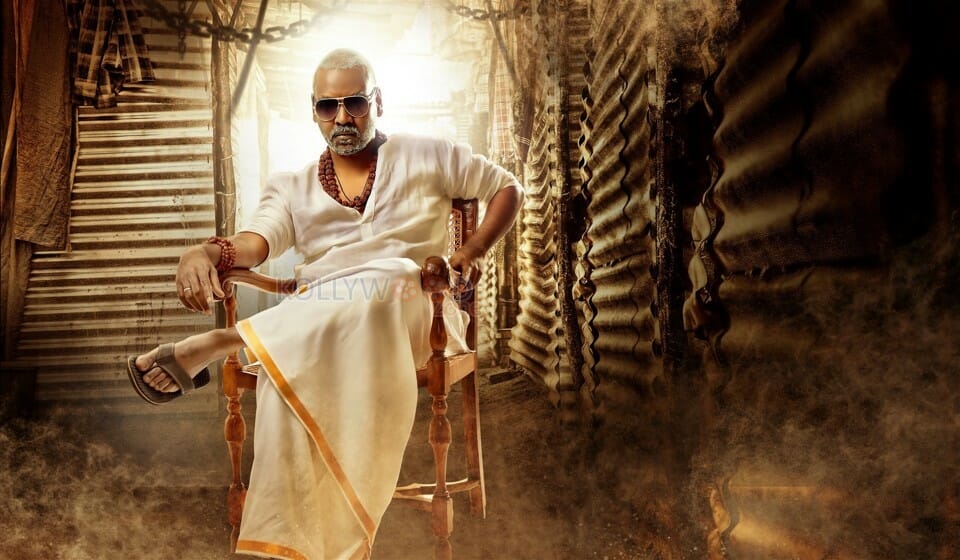 Raghava Lawrence unlike his previous films in the same franchise has delivered a poor performance which clearly pinpoints that the actor overplays his role. Almost for half of the film we are forced to bear his exaggerated dialogue delivery style which deliberately seems to have been penned down to mould the actor in to a mass stature. Smoky backgrounds that are set to build the mass moments in the film fails to impress the audience. The only place where the actor shines is in the song sequences with his racy steps for numbers that again fails to make any impression on audience.

Kovai Sarala, Deva Darshini and Sriman, struggles hard to pull the film together with their attempts to make the audience laugh but fails miserably. Vedhika, Oviya, Nikki Tamboli, as expected is merely brought on board for crass talks, skin show and absolutely for nothing else.

Unlike his previous films the Cinematography work for this film is good but the musical department has collapsed completely except Thaman’s background scores. Apart from the story all technical aspects of the film seems to have ungraded and gone on to a grander scale. This seems to be the outcome of the previous film from the franchise entering the 100 crore club.

On the whole, Kanchana 3 turns out to be the most lackluster film in its franchise which tries hard to depict the philanthropist nature of the actor and tries to force a mass image for the actor on audience.