Kadaikutty Singam is a TV mega serial with plenty of emotional dialogues and cry babies. Not to forget the long list of characters.

Director Pandiraj is back with a rural drama this time. Karthi who scored high with ‘Theeran’ is now back with ‘Kadai Kutty Singam‘. The movie is said to show the hardships of the farmers. But it never shows anything related to farming except a few dialogues. 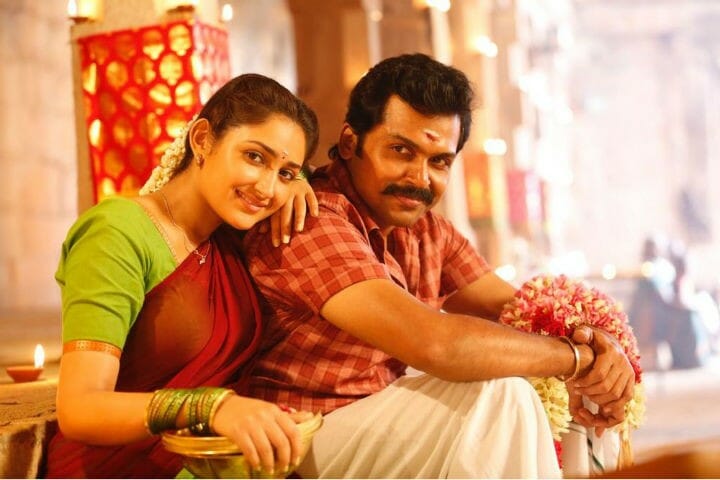 Karthi confessed that the movie might even change the perception people have on farmers. The movie looks like a Mega Serial as it has loads of emotional dialogues and plenty of crybabies. Gunasingam is a revolutionary farmer but he marries as many as possible to get a boy child, finally, he gets Karthi.

The first four daughters and their husbands and their daughters…. phew… well it’s a long story… Well, if you can remember the names of the characters after the movie ended, you should get a standing ovation. The movie has some good scenes like gifting saplings to the visitors of the house.

Priya Bhavani Shankar will fade away very soon if she prefers such characters. Karthi is busy running from one sister’s house to another as he wanted to console all of them to marry Kannukiniyaal (Sayyeshaa). Soori’s comedy scenes are a relief. Imman’s music works in parts. The movie gets a little heavy dose with emotions towards the end.