Devi is a horror comedy movie which was co-written and directed by AL. Vijay and the movie is made in three languages as Devi in Tamil, Tutak Tutak Tutiya in Hindi and Abhinetri in Telugu. The movie features Prabhu Deva, Tamannah and Sonu Sood in the predominant roles. The three versions release will be on October 7th and on behalf of Prabhu Deva Studios, Prabhu Deva and K. Ganesh. Sajid-Wajid has composed the music. 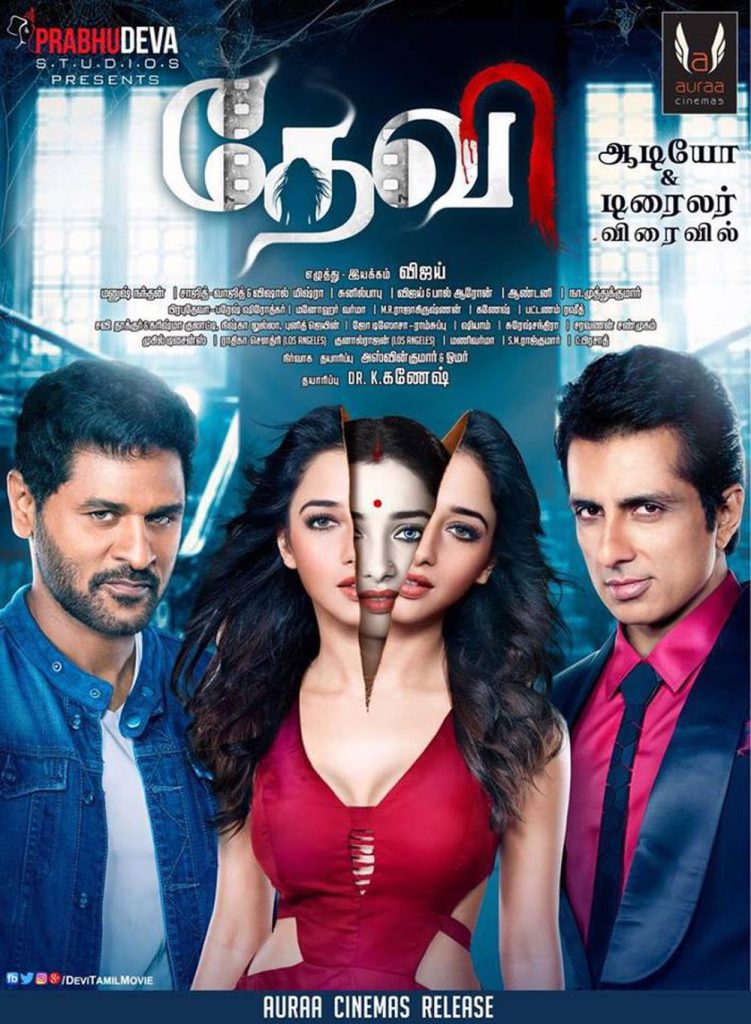 Manush Nandhan has done the cinematography work and the editing part was done by Anthony. Auras Cinemas has done the distribution work throughout Tamilnadu state. Na. Muthukumar is the lyricist for all the four songs. Prabhu Deva has dream to marry an ultra modern girl, but unfortunately marries a village based girl Tamannah. Actors like Satish, RJ. Balaji, Nassar, Murali Sharma have acted in empowering roles and Amy Jackson has acted as a cameo appearance for Devi.

Prabhu Deva after many years has acted as a hero in the movie and milky white starlet Tamannah has paired him for the very first time. Prabhu Deva has enacted in the character name Tamizh, Sonu Sood as Rajiv and Tamannah has acted as Devi. The songs which were released previously have won hearts of many on the Kollywood industry.

The satellite right for the movie was sold to Sun TV. The director has done a good making and the editing part was not up to the expectations. Satish and RJ Balaji have done naturally and their comedy related scenes are enjoyable. Tamannah’s costume is dazzling and her style of acting is good in the movie. Sonu Sood has proved his individuality in Devi. Prabhu Deva’s dance is phenomenal. His dancing movements are catchy and the horror comedy movie will be an entertainer for us for this Navaratri season.

Overall, a feel good horror movie in this season!