Remo is a Tamil romantic comedy movie which was written and directed by Bakkiyaraj Kannan. The movie features Siva Karthikeyan, Keerthy Suresh in lead roles and actors like Satish, K.S. Ravikumar, Saranya Ponvannan, Rajendran, Yogi Babu, Aadukalam Naren and Kalyani Natarajan have acted in empowering roles in Remo. Anirudh Ravichander has composed the music melodiously and the cinematography work was done by P.C. Sreeram. 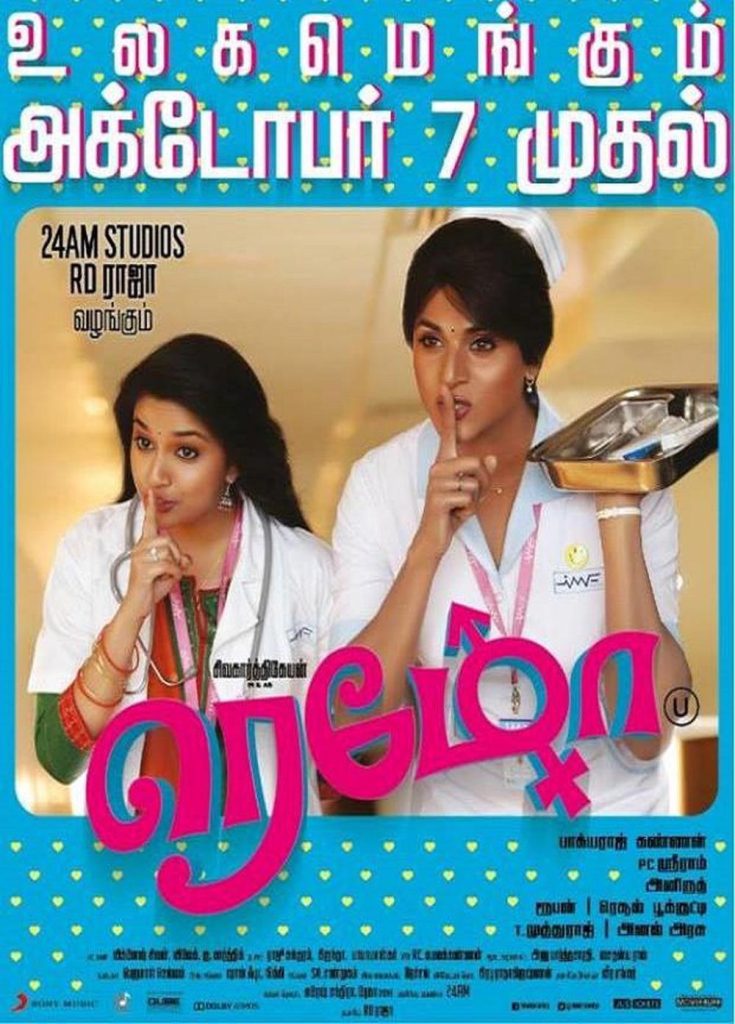 On behalf of 24AM Studios, RD. Raja has made the production. Ruben has looked after the editing part and Muthuraj is the art director for Remo. Earlier the title was kept as “Nurse Akka”, but later changed to Remo as Siva Karthikeyan was impressed with Vikram’s song in “Anniyan” and the title was announced officially on Siva Karthikeyan’s birthday. The movie has six songs and the playback singers are Anirudh, Srinidhi Venkatesh, Santosh Narayan and Richard.

Keethy’s cuteness and Siva’s mass look is the special attraction. He has looked like a female and has taken more pain for the same. The movie’s budget is the highest one in Siva Karthikeyan’s career. His cool style of acting is enjoyable and Saranya Ponvannan and KS. Ravikumar have done a superb performance and other actors have done justice to their roles. Siva has worked with utmost dedication and sincerity. Keerthy Suresh has paired Siva after the success of Rajini Murugan. Watch the fun filled romantic movie and have a blast.

Overall, another hit for Siva Karthikeyan !