Rekka is an action masala movie which was written and directed by Rathina Shiva. The movie features Vijay Sethupathy and Lakshmi Menon in the lead roles and the supporting roles are made by Satish, Nassar, KS. Ravikumar, Sriranjani, Kishore, Harish Uthaman and Kabir Duhan Singh. D. Imman has composed the music and the cinematography was made by Dinesh Krishnan. 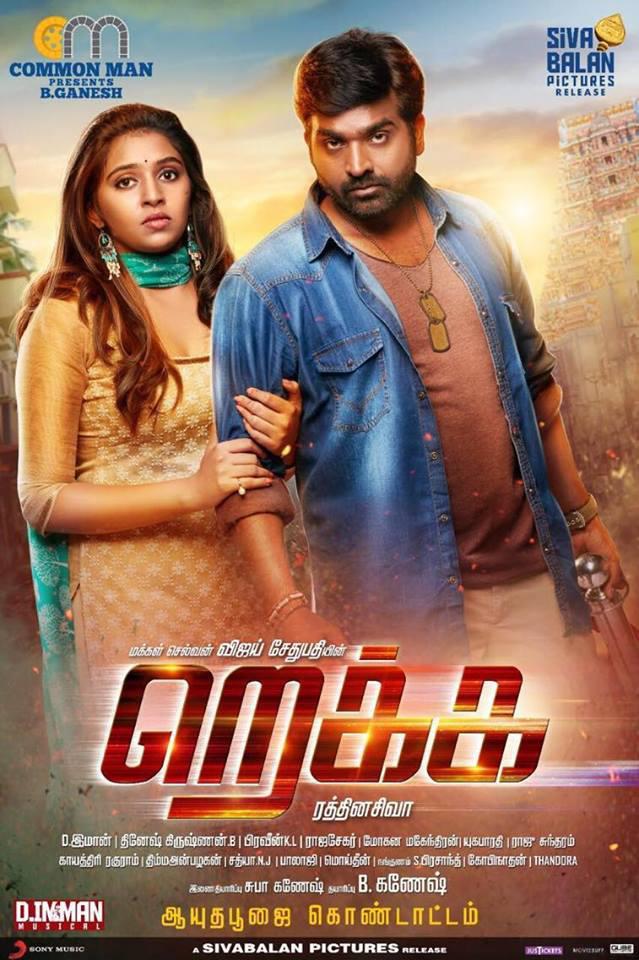 B. Ganesh has produced the movie who has earlier co-produced Orange Mittai. Colton distributors have made the distribution throughout. Kabir Duhan Singh who has acted as an antagonist in Vedhalam has actin the movie. Harish Uthaman is playing an important role in Rekka.

Vijay Sethupathy plays the role of an advocate and also as a crazy Siva Kartikeyan fan and due to some situation he is forced to kidnap a girl and the movie is filled with action and romance. A car chase stunt scene was shot at Teynampet, Chennai which is the climax of the movie. Rajasekhar has done the stunt choreography work. The movie will be a commercial entertainer. Imman composition of music is melodious and lovely. Meanwhile the first part of the movie moves fastly and the second part moves bit slowly which will bore the audience.

The movie has got U/A certification from the Censor Board and the movie is planned to hit screens in around 400 theatres in the state. Vijay Sethupathy has acted in his usual style of acting and the chemistry between Vijay Sethupathy and Lakshmi Menon has worked out very well. The songs are good and the other actors have done their job successfully.Vijay Sethupathy fans are very much excited as he has acted in many movies this year and the actor is giving many different stores to impress them very much.

Overall, Vijay Sethupathi fits in shoes of commercial genre too!