Lakshmy Ramakrishnan’s House Owner is tagged as a ‘survival drama.’ When you see that sort of a genre in Tamil cinema, it obviously gets you curious. At a time when all creators are much invested in crafting larger than life masala movies, Lakshmy Ramakrishnan’s House Owner comes in as a glimmer in the decade of dark darkness. House Owner speaks of many things, liberation, courage, survival, and of course about love and unconditional love. Set in the backdrop of 2015 Chennai floods which almost drowned the city, the film tries to instate hope at the pathetic situation of life. 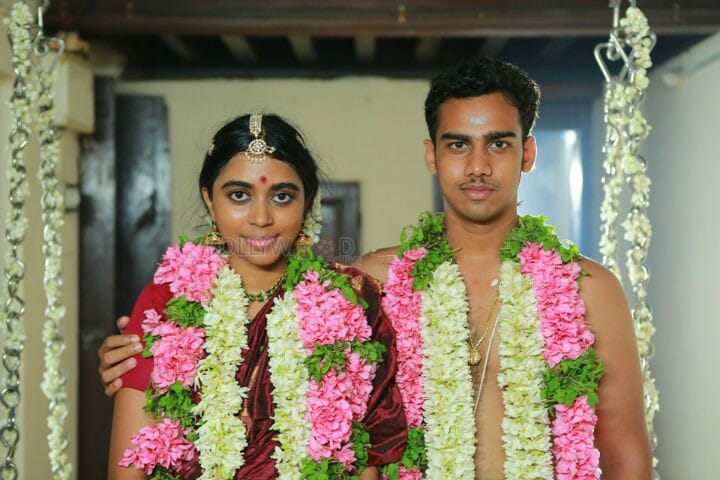 The film’s narration is shaped with the transition between current episode (older version of Vasu and Radha) and the flashback (younger version of Vasu and Radha). The film opens with an orthodox palakkad Brahmin nuptial where Vasu (Kishore) and Radha (Lovelyn Chandraseker) go under wedlock. Vasu is not interested in the marriage until he sees Radha for the first time. Radha is traditional, naïve, and a woman who values society over anything at the time.

At present, Vasu is a retired military officer struck by Alzheimer disease who does not even recognize himself anymore. It is the effect of the disease. He is sunk in the memories of his youth when he was intensely in love with his wife. Vasu and Radha are trapped in a house which Vasu values more than his wife and refuses to move out of it, Radha out of love for her husband repudiates to move out of the house even with water level slowly mounting.

In the flashback, Vasu teaches Radha everything and tells her, just be yourself. He is the one looking out for Radha every time. In a party he hands over a plate of chilli chicken as chilli cauliflower to his orthodox Brahmin wife. She is stunned, he then recounts that he had to eat meat in order to survive in the border. Every event that occurs in the flashback lets us see a progressive and open minded liberal Vasu.

At present, Radha is the one who has to look out for Vasu who needs assistance to go to the restroom, to get dressed, to be fed and for everything. The events that occur at present indicate a tyrant and misogynist Vasu who yells at his wife and makes her life difficult in all aspects. Did the couple move out of the house in time, if so how did they make it, is what makes the rest of the film.

Actors Sri Ranjani and Kishore who have played the older version of Vasu and Radha has made us connect with the characters with their stunning performances. Sri Ranjani has beautifully essayed the role of a wife who puts up with the tantrum of her husband who no longer recognizes himself. On the other hand, Pasanga Kishore and Lovelyn Chandraseker, shines as a newlywed couple who are so lively in love. Lovelyn Chandraseker has portrayed the naïve and helpless character of young Radha who is on her redemption phrase, quite well.

On the technical end, T. S. Krishna Sekhar’s camera work and lighting in amalgamation with Mohamaad Ghibran’s music elevates the mood and sets the intensity for the unfathomable love story.

Director Lakshmy Ramakrishnan’s House owner happens to be a realistic film in a long time in Tamil cinema which depicts real and connectable unconditional love. The characters are deep and well structured meticulously. Also, her choice of casting looks so perfect to render what she wanted. The transformation of Radha from a meek village belle to a spearhead woman is well crafted with due care. Radha holding up with every possible hard thing done to her from the man who once liberated her and showing unconditional love to him even when he does not reciprocate it, is heart wrecking to watch.

On the whole, Lakshmy Ramakrishnan’s House owner is kind of occasional realistic love drama that should not be missed at any case, particularly if you are a movie buff or aspiring film maker.