Couple of weeks ago we had actor Madhavan’s Maara, official Tamil remake of super hit Malayalam film Charlie. Few weeks later we have actor Sibi Sathyaraj’s Kabadadaari, the remake of Kannada entertainer Kavaludaari. The future has actor Prashanth’s remake of super hit Bollywood flick Andhadhun, actors Simbu & Gautham Karthik’s remake of Kannada crime thriller Mufti, Big Boss fame Tharshan’s remake of hit Malayalam film Android Kunjappan, and many more remakes lined up to hit the screen this year. It seems like the remake season has started in Tamil cinema, already. Of late actor Sibi Sathyaraj’s choice of films has been interesting and worth a watch. Though his choices have let him down from time to time, he surely is building a reputation for himself in the industry. Will Kabadadaari help in adding to that reputation? To know let us get in to the review. 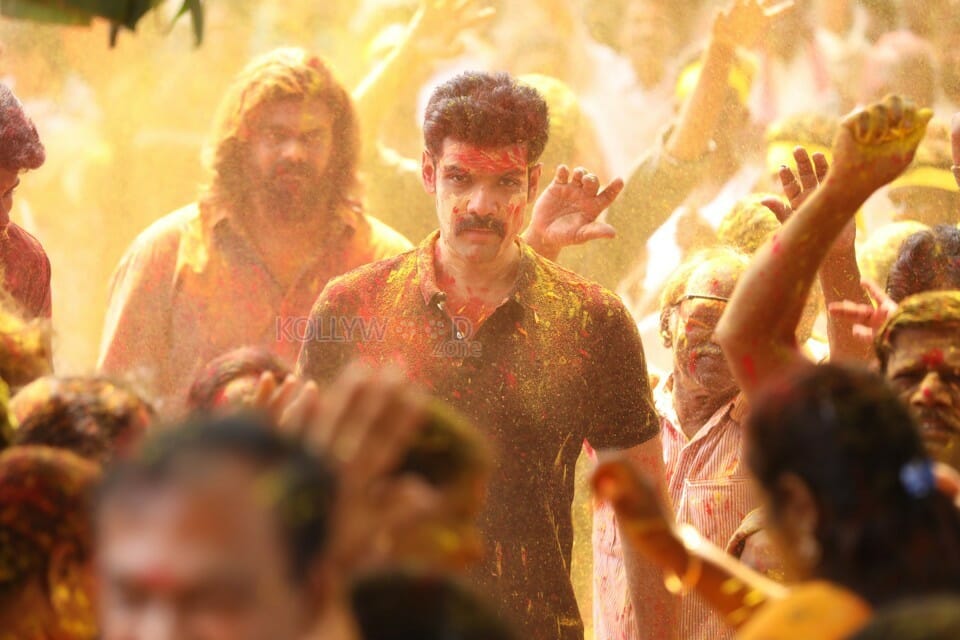 The film revolves around Shakti (Sibi Sathyaraj) who is a young honest traffic sub inspector. Just like any others even he feels that he is in a mundane job routine. He wakes up early, reports to duty, holds people who travel without their helmets on or without license, and by evening leaves home. Shakti is bored of this regular schedule. He aspires to be in the crime section cracking cases that others find difficult to break. So he constantly keeps nagging his higher officials to transfer him to the crime division. But they make fun of him and encourage him to make good money through bribes. As Shakti’s life keeps moving this way, one day on his regular duty he accidentally stumbles up on three human skulls in a construction site. His detective instincts kick in and he begins to speculate that the skulls in the construction site might be result of cold blooded murders. He begins to work on the case on his own and starts digging up on events and information that might help him build a case.

When working on the case Shakti happens to come in contact with Kumar (Jayaprakash), who works as an editor of a newspaper. When Kumar hears of the case he tags along with Shakti to crack it. While digging about the case Shakti comes across a missing family case. About more than 3 decades ago an archaeologist along with his wife and a daughter has disappeared out of blue. And the case remains controversial till date. To know further details about the case Shakti approach Ranjan (Nassar), a retired cop who investigated the case 3 decades ago. Ranjan spends his retirement being a drunkard. At first he does not entertain Shakti. But Shakti’s persistence changes his mind. With the assistance of Ranjan and Kumar, Shakti ventures out to solve the mystery. Is there a real case to build? If so, will Shakti solve the case, is what makes the rest of the flick.

Crime thrillers always have a decent share of business in the entertainment industry. A good crime thriller easily gets the attention of the audience and it does not even require much spending for advertisements. The best example for it is actor Vishnu Vishal’s Ratsasan. Kabadadaari attempts to exploit this factor to the maximum extent. But what are the elements that aid in crafting a solid entertainer? An interesting opening, building up the suspense and maintaining it in an appealing manner, churning out clues, embed twists, gradually reveal things, and end with gripping events as the reason for the crime. Kabadadaari manages to get few of these things right but unfortunately a crime thriller does not work that way. Every factor must be blend to the right proportion to bake a solid crime thriller.

Director Pradeep Krishnamoorthy has had a decent crime thriller on hand but his carelessness or should we say his lethargic work in the writing department has squandered a good opportunity. The story teller has fallen short of bringing in the authenticity that is necessary for a crime drama. Rather things seem to move the way they move just because the director wants them to. The lead character breaks the clues without shedding a sweat. The biggest positive of Kabadadaari is its pace. The film lays focus only on the main plot and does not deviate much. Also, the twists in the plot are well placed to keep the audience meandering till the end.

Actor Sibi Sathyaraj looks physically fitting for the role of a cop but the actor is not convincing enough during the detective portions. Veteran actors Jayaprakash and Nassar cakewalks their respective roles and adds strength to the flick. Actresses Nandita Swetha and Suman Ranganathan do not have much to offer as their roles is more sort of an extended cameo. The rest of the cast has delivered a decent performance.

On the technical front, music director Simon K. King’s spine chilling background scores aid in intensifying the suspense. There are few portions in the flick from the year 1975 cinematographer Rasamathi has worked magic with his frames in depicting these sequences. Editor Praveen K. L has ensured the pace of the thriller with his sharp cuts.

On the whole, film maker Pradeep Krishnamoorthy’s indulgence in artificial scene building pushes Kabadadaari in to the cluster of squandered potential opportunity films.