Trisha who was last seen in 2016 in Dhanush’s ‘Kodi’ is now back after 2 long years and her comeback has ended as a tragedy with a lack lustre script and poor execution. ‘Mohini‘ is another beaten-to-death revenge horror drama which follows the routine path. 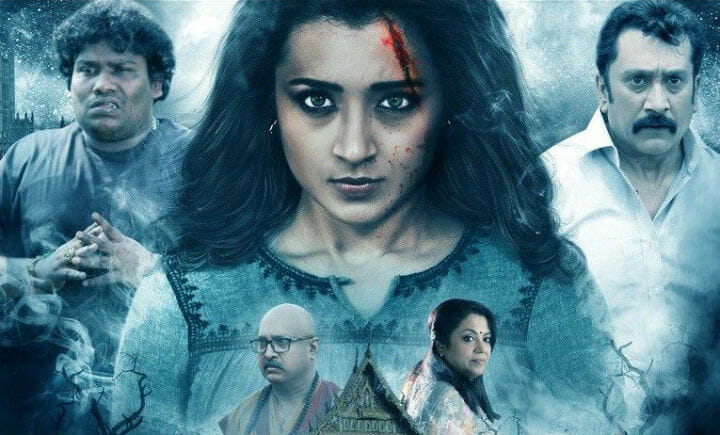 The movie doesn’t have enough humour or emotions, thanks to a dragging screenplay. So Trisha does dual roles, Vaishnavi and Mohini, Vaishnavi is a famous chef who goes to London with her colleagues Yogi Babu and Swaminathan.
She falls for Sandeep (Jackky Bagnani) and she finds that his father is the one who killed Mohini. Mohini’s spirit enters Vaishnavi and takes revenge. The story looks good on paper, but madhesh fails in execution. Except Trisha no other character has been written properly.
Yogi Babu tries desperate with his one liners. The climax is also forced and the romance between Trisha and Jackky is farcical. Except for Trisha’s efforts and eye-candy camera work nothing is notable in this ‘Mohini’. Music is also okay and it doesn’t give those eerie moments.
All said, ‘Mohini’ fails with tried-and-tested horror path!
previous post